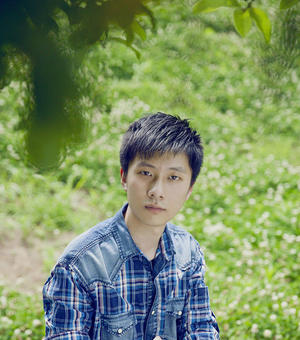 I am pursuing an M.St. in Comparative Literature and Critical Translation at Pembroke College, University of Oxford. Born and raised in Hunan, China, I grew up in a small city where my interest in literary creation was firstly nurtured by nature and mythic narratives. This is probably one of the reasons why my first published work was an animal-themed fairy-tale. After publishing various literary works in Chinese for over 12 years, I went to the U.S. for my undergraduate study at the University of Arizona, planning to dedicate my entire university career to creative writing. Interestingly, while residing in the Sonoran Desert and immersing myself in the sophisticated natural and cultural landscapes of the U.S. Southwest, I not only put myself in dialogue with the artistic forms and cultural sensibilities connected to the English literary tradition, but also developed an interest in analytical language as well as an interdisciplinary investigation of the world. I therefore produced two honours theses for my English and Philosophy majors. My English thesis is a study of modern American poetry in relation to Zen-Buddhist aesthetics. Through a combination of close-reading and distant-reading, I contextualised poems in the Chinese and English languages, mapping them onto the aesthetic intersection among Daoism, Confucianism, and the classical Zen texts of The Heart Sutra and Sandokai. For my Philosophy thesis, I focused on Robert Musil’s The Man Without Qualities against the horizon of philosophy of science, moral psychology, philosophy of language, as well as mathematics. In 2018, I earned my B.A. Summa Cum Laude with a triple-major in Creative Writing, English, and Philosophy from the University of Arizona.

After that, I came to the U.K. for my first Master’s degree. Chosen as a Cambridge Trust Scholar, I obtained an M.Phil. in Asian and Middle Eastern Studies (Chinese Studies) from King’s College, University of Cambridge in 2020. My dissertation is a trans-historical study of the psychological texture of the melancholia manifested in Chinese post-1980 writers’ works of fiction, exploring the trope of melancholia in relation to classical lyricism, realism, sentimentalism, and romanticism. Drawing on the emotional (qing) and intentional (zhi) dimensions of classical Chinese poetic tradition, I evoke two modes of literary melancholia: one is a rhetorical mode where literary melancholia occurs as a performative sign, including a lyricism-imbued verbal performance and a temporality-induced performative utterance; the other one is a political mode where literary melancholia functions as a secret way of public engagement—an encrypted form of introspection. My research also opens discussions about the vicissitude of the youth decadence subculture in China and the new historical force literary melancholia is now subject to. For the study of my second Master’s degree here at Oxford, I hope to integrate my previous learning and research experiences and intensify my knowledge of such topics as European modernism and philosophy, classical Japanese poetics, and Anglo-Chinese literary discourse.

Surely, I am well aware of the rift between academic writing and creative writing within the academic world today, but healing such a rift is possible and necessary. For me, one way of nuancing their relation is through the lens of the self: academic writing needs the exertion of the self but always under vigilance. Literary creation, on the other hand, often demands the use of a higher percent of the self. Crucially, both scholarly writing and literary creation can provide us with the new vocabularies, metaphors, and ideas that we need to grapple with the world in a deeper way. To date, I have authored 15 books in Chinese, including novella, poetry, and essay collections. Apart from my academic work, I hope to make some progress on my debut novel at Oxford.

I am thrilled to inaugurate this new chapter of my intellectual journey at Oxford as an Ertegun Scholar. Being part of this international community may come with an interesting vision of the humanities, as I think meaningful interpersonal interactions mirror intertextual inquiries into literature: some of the aesthetic elements in literature are usually not self-evident—they need to be understood with reference to a whole network of other aesthetic elements. I look forward to my life at the Ertegun House in the year ahead.