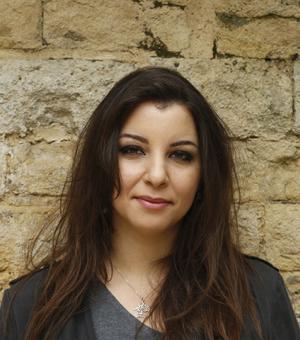 In 1923, the director of the Egyptian Conservatory wrote: 'Egypt used to consider its beautiful art a vulgarity, now it regards it as a manifestation of beauty inspired from the heavens.' He was referring to a type of art music, specifically the repertoire of the wasla,  or suite that was developed in the previous century. Yet the wasla and its works were already in a state of transformation and by the mid 1900s were no longer the standard in concerts. In my doctoral thesis, entitled The Rise and Fall of the Wasla: Pioneers of Song through Egypt’s Nahda Era, I hope to explore the evolution of the wasla and its social significance. Under the supervision of Professors Marilyn Booth and Walter Armbrust, I will investigate the ways in which the suite both reflected and influenced social change and popular attitudes to nation and modernity.  As a performer specialising in works spanning the mid nineteenth to early twentieth century, known as the Nahda or ‘Renaissance’ era, I have developed a deep interest in the political and social milieus of its artists as well as their intellectual and practical motivations.

Recently I completed a Masters programme in Ethnomusicology at SOAS, for which I wrote a dissertation about the life and work of Munira al-Mahdiyya (circa 1885-1965), a greatly influential singer-actress neglected both in popular literature and scholarship. I then spent a year as a Senior Teaching Fellow in the SOAS Music Department where I taught undergraduates performance, focusing on the song traditions of the Nahda.

Beyond the DPhil, I hope to be able to contribute to a wider understanding of interactions between music and socio-political change in Egypt. I am therefore extremely grateful to the Mica and Ahmet Ertegun Scholarship Programme for its generous support of my research, and for giving me a home amongst the thriving intellectual community at Ertegun House.