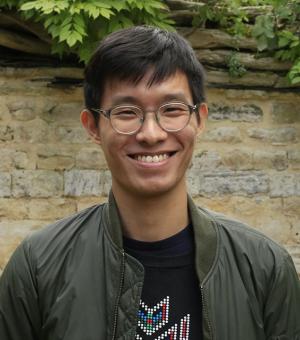 I completed the BPhil in Philosophy in 2018. At Oxford, my primary areas of research were in logic and epistemology. My BPhil thesis investigated some technical issues related to a logical result commonly referred to as ‘Fitch’s Paradox’. Before coming to Oxford, I was an undergraduate at the National University of Singapore and the Australian National University.

Being an Ertegun scholar greatly enriched my experience at Oxford. Among other things, the Ertegun House supported a three-day epistemology conference on ‘’Knowledge, Belief, Evidence”. Above all, the Ertegun House and Scholarship provided the opportunity to pursue my interests in an intellectually stimulating environment and to be part of a community of scholars—and for that, I’m incredibly grateful. Special thanks to Mica Ertegun, Jill Walker, Rhodri Lewis, Ed Herzig, and Bryan Ward-Perkins for all the support they provided during my time at Oxford.

I’m currently pursuing a PhD in philosophy at the University of Southern California, where I hope to further expand on the research that I’ve done at Oxford.