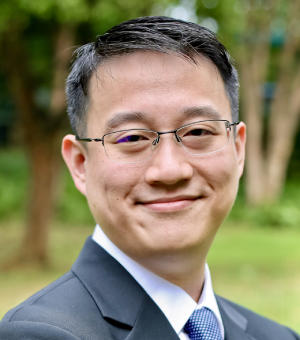 I had a fruitful year as an Ertegun scholar, studying for an MSt in Theology (New Testament) and graduating with distinction. My dissertation was on sense and sensory loss in the Gospel of Luke. Other than the course work itself, I also presented several conference papers on the New Testament, including one in Israel (as part of the Oxford-Tel Aviv Programme in the Ancient World) and another in Japan (which was awarded the International Academic Forum's Stuart D.B. Picken Memorial Scholarship and Grant). I also published a peer-reviewed journal article as well as a chapter in an edited volume.

The generous funding given by the Ertegun Scholarship allowed me to organise a seminar on monotheism, headlined by Prof. Joachim Schaper, the 2016-19 President of the International Organisation for the Study of the Old Testament (IOSOT). I also had the opportunity to be the co-convener of monthly Scriptural reasoning sessions between Muslims and Christians at the Centre for Muslim-Christian Studies. Relatedly, I was appointed as a Gingko Fellow, a programme which seeks to promote interaction between young Christian and Muslim scholars.

My time as an Ertegun scholar was unparalleled. The support—academically, financially, and socially—was incredible. I am deeply thankful to the Board, the Director, the administrators, and my fellow scholars for making this a dream come true.

I am Lecturer in Biblical and Interdisciplinary Studies at the Biblical Graduate School of Theology, Singapore, where I teach courses on hermeneutics, biblical languages, and disability theology. I am also working on a monograph on spatiality and metaphor in the Psalms of Ascents, to be published by Vandenhoeck and Ruprecht. I look forward to possible collaborations with fellow scholars.