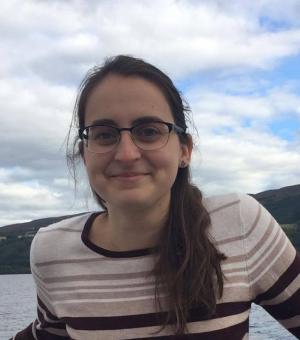 MPhil in Greek and/or Roman History

I spent two years as an Ertegun Scholar, completing an MPhil in Greek and/or Roman History. My research examines the relationship between Jews, Greeks, and Rome in the first century CE, particularly through close study of the works of the Jewish historian, Josephus. My MPhil dissertation, written under the supervision of Professor Martin Goodman, looked at the ways in which Josephus’ Jewish War engages with Roman reactions to their own recent civil war in 69CE, alongside its primary concern, the Jewish revolt against Rome and its suppression. Courses on Roman Numismatics, Greek and Latin Historiography, and Classical Hebrew contributed to a varied two years. As well as formal coursework, I attended graduate workshops in Princeton and Tel Aviv, and, thanks to the Ertegun programme, organised a day-long colloquium on ‘Contemporary History in the Ancient World’, with a keynote address from Professor John Marincola.

It was a joy to spend two years as an Ertegun Scholar, with the opportunity to exchange thoughts and ideas with remarkable people, both formally, in the weekly seminars, and informally, during numerous lunchtime chats in the kitchen. The seminars were always a particular highlight, both hearing about the huge range of research being undertaken by my peers, and having the chance to present my own work to a friendly but helpfully critical audience.

I have since started work on a DPhil in Ancient History, with the support of a Clarendon and Littman Trust Graduate Scholarship at Wolfson College, but I have gratefully remained part of the Ertegun community in Oxford. My doctoral work is on the first books of Josephus’ monumental Jewish Antiquities, specifically on his depiction of Moses as lawgiver, comparing this with broader Greek and Roman ideas about how communities and social practices are shaped.

I will always be deeply grateful to the generosity of Mica Ertegun, who created this singular scholarly community. There is nothing quite like it anywhere else in the world, and it has been, and will continue to be an enormous privilege to be a part of something so special.