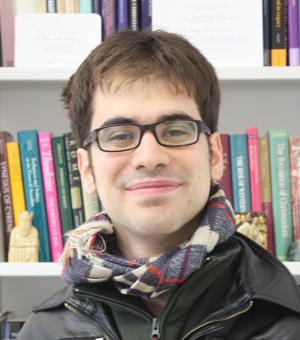 Whilst at Oxford I studied for a Modern South Asian Studies Mst. My thesis research sought to expand on previous research on the initial phases of Bengal’s transformative colonial period both thematically and chronologically, and was titled “Global trade and local networks: the indigo trade, liberalism and the agency house in Calcutta 1793-1833”, supervised by Prof. Rosalind O’Hanlon. It sought to explain the transformative relationship between local credit-circuits and land-holders and the burgeoning global market of Indigo, and the connection of the two to the preoccupations of Calcutta’s incipient liberal public sphere.

I was born in Mestre-Venezia, Italy. I was educated locally before being awarded an Italian National Committee scholarship to complete my high school studies at the United World College of India (MUWCI) in Pune, India. I then completed a BA in history at King’s College London, from where I graduated submitting a thesis on the social challenges successively posed by Nawabi and Colonial rule to the local Indo-Portuguese Catholic community, and titled “Baroque to Bourgeois: on the changing world of eighteenth century Bengali Catholics”. I was then awarded an Arts and Humanities Research Grant and continued to research the transformations occasioned by late eighteenth century colonial encounter in Bengali society by attending King’s College’s World History and Cultures MA. There I wrote a dissertation titled “Community and the Company state: colonial governance and commercial capital in the remaking of Chittagong 1761-1800”, which looked at how a developing culture of colonial governance helped to occasion the transformation local identities rooted in cultures of mercantile and aristocratic patronage.

After leaving the Ertegun house, I worked as a junior lecturer in history at the department of English and Humanities at BRAC University in Dhaka, Bangladesh. I am currently a PhD student in the department of South Asian Languages and Civilizations (SALC) of the University of Chicago. My research focuses on the intellectual history of nineteenth century Bengal, in particular on the ways in which the past was recounted in the East Bengali town of Chittagong.