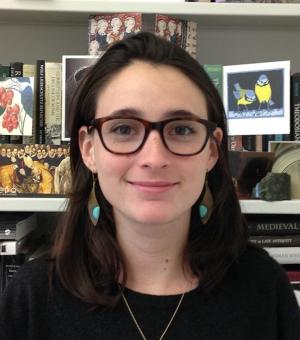 For the past several years, my research has focused on how science, both the history of science and modern analytical techniques, can be used to inform art historical scholarship. I first encountered the scientific side of art history working in several art conservation labs while attending Amherst College, Massachusetts, from which I graduated in 2014 with a BA in Art History, Chemistry, and French. I wrote my undergraduate thesis on the connections between the late still lifes of Chardin and 18th-century scientific and philosophical discussions on sensation, sight, and how the brain processes information of the exterior world. I propose that Chardin developed a visual language taken from the Enlightenment writings of Cochin, Diderot, Locke, Condillac, and others. I argue Chardin used this language to depict, not physical objects, but rather the sensational experience of seeing these objects in a manner that was accessible to his peers.

I continued this research into Enlightenment science and art at Oxford as a MSt student in the Modern Languages Department. As an Ertegun scholar I also continued the Fulbright sponsored research I conducted in France on the role of chemists in the 19th-century stained glass revival in France. Drawing upon extensive archival research, my background in chemistry, and training in stained glass techniques from the Centre International du Vitrail in Chartres, I am exploring how the different scientific interests of four prominent chemists (Mortelèque, Brongniart, Chevreul, and Reboulleau) determined their positions in the 19th-century aesthetic debate over stained glass types. The Ertegun program generously supported a successful international workshop on new approaches to 19th-century stained glass in France and Britain.

I was and am still incredibly grateful for the diverse intellectual and academic environment the Ertegun Programme fostered. It was incredibly exciting to be invited to work alongside such an impressive group of scholars, and I expect to be exchanging research and ideas and with this community for the rest of my academic career.

Upon leaving the Ertegun House I began a PhD in History of Art and Architecture at Harvard University studying eighteenth- and nineteenth-century European Art. Building on work I pursued while an Ertegun scholar, my current research projects consider a range of topics including: the visualization of eighteenth-century materialist conceptions of nature and matter; and the intersection of scientific and aesthetic theories in the nineteenth-century stained glass revival in Europe and America.

I would love to talk to prospective students about my time in the Ertegun House and am happy to be contacted to answer any questions!