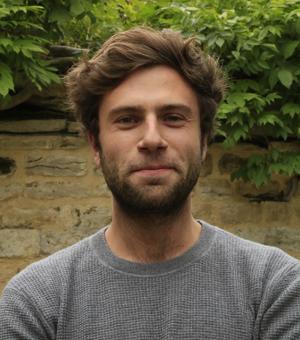 My first contact with China was through a grainy, two-dimensional computer game. As a thirteen year-old ‘Chinese Emperor’ I had to build cities and raise armies in order to expand and protect the Empire. What was a nerdy obsession with a strategy-fantasy game evolved into a fascination for China and things Chinese.

My passion remained unfulfilled for years, since in my hometown of Athens, Greece there were, at the time, no good opportunities to engage with either the language or the culture. But just like frustrated love, it grew stronger.

My DPhil thesis — “The Division of Knowledge in the Siku Catalog” — aims at exactly this: to understand the theoretical significance and value of the taxonomy of the massive 18th-century ‘encyclopedic’ collection of Chinese knowledge. Even though the importance of the Siku Catalog is indisputable — Oxford Libraries still use the Siku taxonomy to organize pre-modern Chinese texts — the implicit and explicit values underpinning the Catalog, its theoretical merits (and weaknesses) have yet to be properly studied and understood. My thesis, under the guidance of Professor Dirk Meyer, will hopefully cover this gap.

I was raised in a Greek-Italian family which savored its Greek salad as much as its pasta al pesto. Brought up in a bi-cultural and bi-lingual environment instilled in me a passion for languages and travel — apart from Greek and Italian, my native tongues, I speak French, Chinese and some Japanese and always try to explore a new destination when opportunity arises. In my free time, I enjoy reading novels and listening to David Bowie and Greek Hip-Hop.

I am incredibly grateful to the generosity and opportunities of the Ertegun Scholarship, without which I would not be studying at Oxford.

If you would like to learn more about my work and myself, please visit: www.stefanonthesilkroad.net