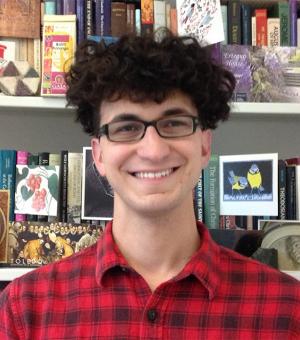 I am a historian of early modern Europe, working on the history of the Reformation, the history of science and medicine, and the history of the prison. At Oxford, under the supervision of Prof. Diarmaid MacCulloch, my research examined theological responses to bubonic plague and the prison writings of the Tudor churchman and politician Stephen Gardiner. An article based on the former received the Roy Porter Essay Prize from the Society for the Social History of Medicine. As an Ertegun Scholar, I co-organized a two-day conference, “Prison/Exile: Controlled Spaces in Early Modern Europe.”

Born and raised in Washington, D.C., I received my B.A. in history from Yale University in 2015, graduating summa cum laude and Phi Beta Kappa and receiving the Warren Memorial High Scholarship Prize for work in the humanities. Early Science and Medicine, Names: A Journal of Onomastics, The Journal of Ecclesiastical History, and Gothic Studies, and is forthcoming in Social History of Medicine and the Journal of the History of Ideas. My annotated translation of the Spanish Jesuit Pedro de Ribadeneyra's history of the English Reformation was published in 2017 by Brill. I serve as an editor for JHIBlog and an assistant editor for the Journal of Jesuit Studies.

Since leaving Ertegun House, I have begun a Ph.D. in the history of science at Princeton University, under the supervision of Prof. Anthony Grafton. Developing the themes of my work at Oxford, my current research concerns the history of medicine (principally bubonic plague and smallpox), the theology of John Calvin, and the prison as a space for intellectual work, the last of which will be the subject of my dissertation. The privilege of two years as an Ertegun Scholar profoundly shaped me as a scholar and as a person, a gift for which I will be always be grateful.