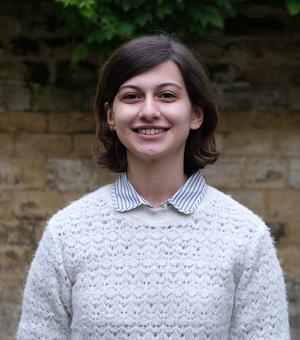 I was a maths and physics high school student back in Tehran when I realised that I want to devote my professional life to something that mattered to me: literature and languages. Living in an environment where humanities was believed to be very far from a promising field, this was a tough choice to make. Finally, I won over everyone who objected to my decision, and even though I had to finish high school as a maths and physics student, I managed to get into the University of Tehran to study Persian language and literature.

In my undergraduate studies, I was initially curious about literary theory and, therefore, I chose French language as my double degree to explore it further. Reading literary theory exposed me progressively to Formalism, which established the basis for my deep interest in linguistics. At the same time, Early New Persian and the texts written in it started to fascinate me, and that was when I discovered that it is not the aesthetic aspects of literature that I like, but its linguistic ones. Therefore, I passionately continued my studies in historical linguistics: I learned Old and Middle Persian, Syriac, and Avestan, I acquainted myself with Judeo-Persian, Sogdian, and Greek, and I participated in some historical linguistics and syntax lectures.

At Oxford, I am taking (and auditing!) classes in Avestan, Sanskrit, syntax and semantics, and I wish to write a dissertation where I can combine historical linguistics and the study of Old Iranian languages with more theoretical approaches. The interface of historical and theoretical linguistics is now my major topic of interest: can the modern theories of linguistics, who are in the search for a Universal Grammar, explain ancient languages as well? Are there constraints on the application of theoretical linguistics to the syntax of ancient Indo-European languages? How can these two fields of research contribute to each other? Here, I am fortunate enough to work with both linguists and philologists, which will facilitate my work in answering these questions.

Apart from my current academic endeavours, I aspire to work on the origins of Early New Persian with the help of its ancestor, Middle Persian, and the materials written in ENP either in the Arabic script or non-Arabic (Aramaic, Hebrew, Manichaean) ones. Textual criticism and edition of pre-Mongol Persian literature is another field that attracts me.

The Ertegun scholarship has generously supported me in the pursuit of my academic dreams. Humanities is more than a field to me, it is a cause worth fighting for, and Mica and Ahmet Ertegun have contributed a great deal to this cause. I am forever grateful to the Ertegun scholarship for this life-changing opportunity.