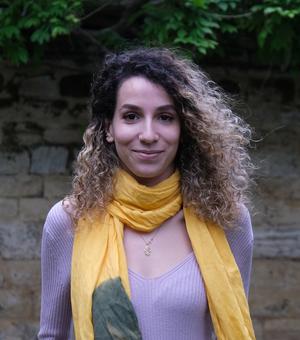 I recently graduated with a first-class degree in English and American studies with a specialisation in Film & Culture from the University of Eötvös Loránd in Budapest, where I was awarded the Outstanding Thesis Award for my dissertation “Long takes and Continuity in the Narrative of Filmic Language”. The latter explores the ontology of the film image and its relation to the spatiotemporal aspect in the filmic narrative. Particularly, my work investigates the poetic nature of the long take as a technical and aesthetic instrument providing a new reality in the narrative and contributing intellectually to the development of the viewer’s metacognition.

My cinephelia comes from my deep fascination of the infinite scope of what the film image can offer from its very beginnings either psychologically, aesthetically, or academically; and its predominant role in engaging the audience considering that their participation became a new way of addressing filmmaking techniques. The Master of studies in Film Aesthetics at the University of Oxford is indubitably a prosperous course in its provision of a wide collection of resources and its efficient programme structure in shaping the necessary analytical skills in addressing film form, film criticism, film theory and philosophy. Equally important is being an Ertegun scholar where I engage in a diverse community of intellectuals with different humanistic disciplines. After all, the cinema is a universal language and a cultural institution, it is the seventh art that has developed in close interactions with wide variety of humanistic disciplines.

Relatively, my current research interest tackles national identity in colonial and postcolonial Moroccan cinema. During the zenith of colonialism, films were used as means of propaganda to legitimise, prolong, and represent the colonial rule within and beyond North Africa. Therefore, I am interested in addressing the issue of the reification of Moroccan national cinema, situating it in a historical and contemporary context, while exploring the controversial debate of the ambiguity of not having ‘a Moroccan National Cinema’.