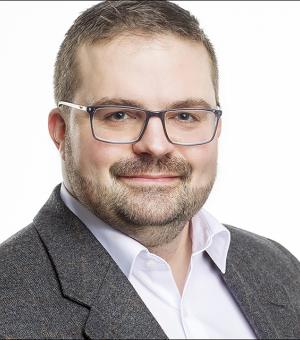 I am a great advocate of the Ertegun Scholarship programme – who wouldn’t be? It gave me the opportunity to study in Oxford, helped me to host an international conference, and offered me a chance to be part of an academic community where I was helped professionally and personally. Having spent seven years abroad in Germany, where I studied theology at a small college and worked as a pastor, I moved back to the UK to complete an MA in Philosophy of Religion and Ethics at the University of Birmingham, which I highly recommend. I think my language skills and the MA opened the door to the Ertegun programme, where international and interdisciplinary inquisitiveness are central to the ethos of the community.

At Oxford, the taught elements of the MPhil provided a good grounding in key texts in modern theology and an introduction to figures like Hegel, Kierkegaard and Heidegger. I also enjoyed attending a handful of the undergraduate lectures in philosophy and theology, just for fun. My research focussed firstly on Charles Taylor's reading of Nietzsche in his magna opera Sources of the Self (1989) and A Secular Age (2007). It was a nifty way to address really big issues at the heart of late modern predicament of the West using a set of very focussed questions. It also enabled me to give private tutorials on Schopenhauer and Nietzsche. The second focus of my MPhil was Tillich's doctrine of God and theory of religious symbols.

Rather than slaving over my books all the time, I also got involved in some other magnificent aspects of Oxford life including the glory of playing prop for a college rugby team, joining a graduate dining society, campaigning for better provision for student parents, being part of one of Oxford's churches and attempting to find the best breakfast in Oxford with a fellow Ertegun Scholar. I lived in the graduate accommodation at Castle Mill for four years with my wife and three children, where, squeezed into a cosy family flat, we enjoyed celebrating children's birthdays in the common room with families from all over the world.

Edited with Russell Re Manning: Returning to Tillich: Theology and Legacy in Transition (Berlin/NewYork: De Gruyter, 2017). This edited collection of essays emerged from an international conference held at Ertegun House, July 2014. The funding and administrative support from the Ertegun Programme thus made this book possible.

Upon graduation from the MPhil with Distinction, I was accepted onto the DPhil in Theology at Worcester College for a two-year AHRC Scholarship, and was Alumnus in residence at Ertegun House for those two years. The DPhil project is an intellectual and theological biography of theologian Paul Tillich’s time as a student, young pastor, and army chaplain in the First World War, with special reference to his earliest sermons. I analyse Tillich’s sermons against the background of his biography, intellectual development, and Germany’s cultural and political history, with the aim of producing a historically interesting, English-language portrait of a German army chaplain that contributes to our understanding of theology, piety and politics at the beginning of the 20th Century. The working title is “Pastor Tillich: The Justification of the Doubter".

When my AHRC funding ran out, I moved to Marburg, Germany to continue my DPhil research. While in Germany, I have spent some time working part-time as a pastor alongside my studies. However, I am now employed as a researcher (Wissenschaftlicher Mitarbeiter) at the University of Rostock where I teach Systematic Theology to future teachers and pastors.