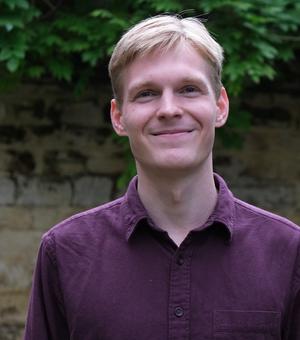 MPhil in Islamic Studies and History

Ruslan gained his BA degree in Arabic and Persian Studies from Freie Universität Berlin. Alongside his studies, he was employed as research assistant at the Seminar of Arabic Studies and in the ERC-Project ‘Kalīla and Dimna – AnonymClassic’ (PI: Beatrice Gründler).

During his time at the Ertegun House, Ruslan intends to draw attention to the achievements of the Soviet scholarship on the Middle East, the Caucasus, and Central Asia, and strengthen academic dialogues between students and scholars from post-Soviet countries and those in the Middle East, Europe, and North America.

Ruslan is committed to public service and intends to contribute to Ukraine’s recovery and reconstruction.