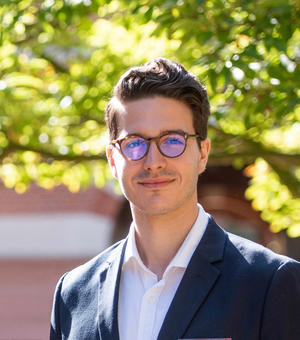 I am a DPhil student in philosophy at the University of Oxford. I am also a research member and coordinator of ALIUS, an interdisciplinary research group on altered states of consciousness I have co-founded in 2016. I previously obtained my undergraduate degree from the Sorbonne University (jointly with the École Normale Supérieure), and my Master’s degree from the Institut Jean Nicod.

In 2017, I have organised the Sense of Self conference at the Ertegun House.

In recent publications, I have discussed new evidence from the study of drug-induced states, meditation and sensory deprivation that shed light on certain philosophical debates about the nature self-consciousness.

For more information on my research, talks and publications, see my website www.raphaelmilliere.com.

I am currently finishing my DPhil at the University of Oxford