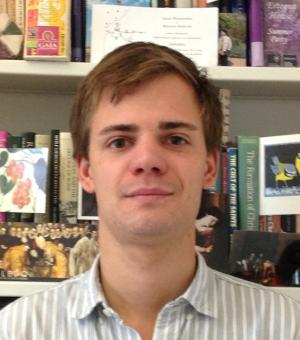 MSt in Islamic Art and Archaeology

As an Islamic art historian and archaeologist, I am particularly interested in the architecture of the medieval Islamic Mediterranean. That is to say, my main goal is to resuscitate historical sites that are otherwise silent today, figure out their raisons d’être, what they reveal about activities that once took place in them, and how people experienced and understood their built environments.

After finishing high school in Hungary in 2008, I first studied Arabic in Egypt and Syria, and later earned my BA degree in Arabic Studies from the Eötvös Loránd University, Budapest. During those years, I took a specialisation in Islamic art since my interests tended to focus on the material culture of the Islamic world. I often supplemented my classroom studies with self-organised study trips to Turkey, Syria, Lebanon, Egypt, Spain, Italy, Morocco, etc. After a gap year spent in Morocco and England, I began my first master’s in Islamic Studies at my alma mater, and also completed another 1-year MA in Medieval Studies at Central European University, Budapest, graduating from both universities in 2015.

Then, thanks to the Ertegun Graduate Scholarship, I was fortunate enough to be able to continue my studies in the Khalili Research Centre, University of Oxford, and earn an MSt degree in Islamic art and archaeology in 2016. Being an Ertegun scholar complemented immensely the benefits of studying at Oxford. To mention but one joyful memory, once when I had to make sense of some particularly difficult bits of Arabic poetry for my research, a colleague in the Ertegun House was willing to read the texts with me in the middle of the night with a friendly smile on his face. The House, as always, provided a splendid and comfortable working place – no wonder that we, Ertegun scholars, all loved it. Yet the greatest gift that I received from the Ertegun Programme was the chance to organise a conference titled Shāla and the Marīnid dynasty: A colloquium on Moroccan history and archaeology in April 2016.

In the long run, probably the most significant result of my year as an Ertegun Scholar was that I could continue my project on the DPhil level at Oxford. My main research strand focuses on the funerary architecture of the Western Mediterranean, sites that are built for the deceased, but used and experienced by the living, with special attention to Shālla (Chellah). This medieval town, built over the Roman garrison city of Sala Colonia, is situated on the outskirts of Rabat, Morocco, beside the splendid landscape of the Bu Regreg River. It is particularly famous for containing the funerary complex where, between 1258 and 1351, the Marinid sovereigns were interred alongside some of their relatives and dignitaries. The rulers’ munificent patronage of this site created what is arguably one of the most important monuments of Morocco from the period. The royal shrine was meant to maintain the deceased rulers’ memory and, in that manner, to establish and enhance the legitimacy of the dynasty. Over the summer of 2018, I began directing the project ‘Sultans’ Paradise’ with the cooperation of fellow students from Hungary, Turkey, and Morocco, aiming to create an accurate 3D documentation of Islamic Shālla.

Apart from my DPhil, I also conduct research on Islamic artefacts in medieval Europe, and am particularly keen to study the little-understood pseudo-Arabic coinage of 12th-century Hungary. In addition, I’m currently curating a small exhibition on Islamic art in the Ferenc Hopp Museum in Budapest, which will go on display in spring 2019. I also have an interest in 3D documentation in archaeology, cultural heritage protection and presentation, the history of Orientalism, and 19th-century explorers of the Islamic world. Finally, as much as other obligations allow me, I participate in archaeological projects of other, far greater, scholars.