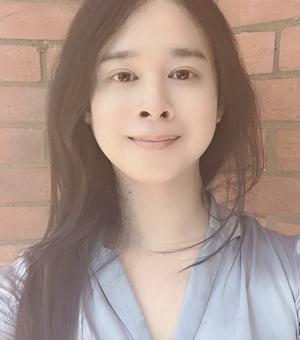 MPhil in Linguistics, Philology and Phonetics

I specialise in comparative Indo-European philology, which has allowed me to explore the linguistic intricacies of several ancient and medieval languages, including Sanskrit, Greek, Latin, Old Irish, Gothic, Old Church Slavonic, and Old Frisian. Prior to my current orientation, I was a postgraduate student of Classics and modern European literature at Columbia, Harvard, and Princeton, a period preceded by three - equally eclectic - years at the Universities of Paris, Strasbourg, and Vienna.

At Oxford I plan to focus on the oldest representatives of the Indo-Iranian branch: besides Vedic Sanskrit, this group also encompasses Avestan - which preserves the scriptures of Zoroastrianism - and Old Persian, employed in royal inscriptions by the Achaemenid Empire. Moreover, I shall continue acquainting myself with Hittite, whose rudiments I acquired last summer in Istanbul; located in Anatolia during the Late Bronze Age, this cuneiform language is the earliest attested member of the Indo-European family.

Alongside these philological aspirations, I look forward to deepening my familiarity with theoretical linguistics - particularly within the domains of phonology, syntax, morphology, and their interfaces - as well as the interaction between synchronic and historical frameworks.

Beyond my academic pursuits, I maintain a broad attachment to the arts, notably an abiding interest in poetry of all origins and periods, not excluding the contemporary. As a habitual literary translator, I have recently attempted to render Lithuanian, Modern Greek, and Yiddish writers into English.

Needless to say, I am indebted to the exceptional generosity of the Ertegun Scholarship in enabling me to enjoy this unique community.