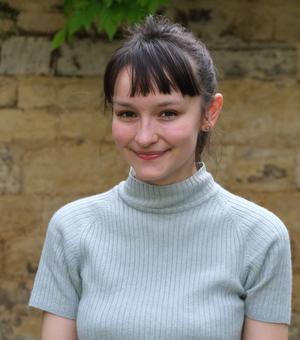 I was raised in Cardiff in a Welsh-speaking family. I wanted to study physics until I realised that it did not allow me to analyse that in which I was really interested: people. From 2018-2021 I completed an English degree at Clare College, Cambridge, graduating with two university prizes. Whilst at Cambridge, I focused on the Medieval period, borrowing papers in Old English and Medieval Welsh, and taking advantage of the faculty’s language provision to also learn Latin. I love studying the Medieval period because its foreignness constantly makes me reconsider elements of the world which I would otherwise take for granted, whether through the discovery of a new etymology or through a slightly different way of constructing race.

The MSt in Medieval Studies will allow me to continue working across languages and disciplines; I’m taking advantage of the course’s breadth to study medieval German (before beginning my first degree, I took a year out to work in Austria), a subject I could not stretch my undergraduate course to contain. My MSt thesis will look at how cultures of theologically-driven silence caused definitions of speech to warp and change during the High Middle Ages. The treatment of enforced silence as a way of regulating how the self was performed was predicated on a belief that the tongue is the locus of speech and thus of sin; monks who gossiped through sign language challenged this view, triggering a reconsideration of the nature both of language and self-expression. This fluid intellectual climate underpins two key areas of interest for me: book production and the understanding of disability. Those copying manuscripts began to see their work as a substitute for speech, whilst a shift of focus away from vocal expression created an environment in which deafness and muteness were often seen as unremarkable.

I am looking forward to joining the Ertegun community and learning from the other scholars, and am so grateful to be supported in studying a subject I love for another year.