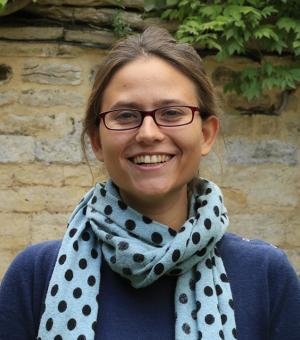 Born in Athens to a Greco-German family and raised in New York City, I came to Oxford from the University of St Andrews in Scotland, where I had completed my undergraduate degree in Ancient History & Archaeology, with a minor concentration in Art History. I had worked extensively as a field archaeologist in Greece and Italy—holding roles from ‘shovel bum’ to Assistant Field Supervisor (Ancient Messene, Director: Prof Petros Themelis). My research had ranged from prehistoric, Archaic, Roman and Late Antique Greece, with a growing interest in Aegean island archaeology cultivated under the guidance of Prof Rebecca Sweetman. I came to Oxford with the plan to expand my knowledge from primarily Greece-focused to Mediterranean archaeology and ancient history, especially of Roman Imperial times, and to zoom into island histories and diachronic networks of interaction.

During my year as an Ertegun scholar, I completed a Master’s in Classical Archaeology with distinction. I took classes on Roman Urban Systems and the Roman Economy, exploring sites and histories from Spain to Syria and North Africa to the German Rhineland, while considering the larger connective theoretical concepts particularly of the Roman economy. I wrote papers on themes ranging from Romano-British glass vessel production to the identities of Roman Dura-Europos (Syria) through a combined study of archaeological, literary and onomastic sources. I wrote a paper on the Roman economic role of the island of Melos, combining the accounts of ancient authors and archaeological survey evidence—gracefully shared by Dr Guy Sanders. I also contributed to Prof Rebecca Sweetman’s article on the Cyclades’ little studied and early Christianisation (see here-- https://www.oxbowbooks.com/oxbow/cycladic-archaeology-and-research-new-approaches-and-discoveries.html0). Beyond desk-based pursuits, I expanded my fieldwork to Turkey, joining the Aphrodisias Project team to assist the legendary architectural archaeologist Prof Jim Coulton in documenting the transformation of the central Temple of Aphrodite into a Late Antique church.

The Ertegun Programme made all of this possible and Ertegun House pushed me to visualise how study of the ancient world fit in a broader narrative framework. Ertegun House, particularly through its weekly seminars, makes its scholars sharply conscious of a large variety of humanities research, innovative and starkly different from one’s own, while outings broaden our perspectives to a new world of art, culture, regions and the humanities. Along with this wholesome humanities education, Ertegun is an inspiring and supportive family, making for an exceptionally unique academic home the like of which exists nowhere else in the world. I am immensely grateful to Mica Ertegun for this extraordinary gift.

I stayed on at Oxford for a DPhil in Classical Archaeology, with the support of the AHRC and the Sloane Robinson Foundation at Lincoln College, and still have the privilege to work alongside old and new remarkable peers as a Resident alumna. My doctoral research, supervised by Prof Andrew Wilson and developed within Ertegun House, centres on the Roman Greek countryside, particularly that of Epirus in Northwestern Greece, where I am investigating the development of the agricultural economy from later Hellenistic to Roman times (ca. 2nd century B.C. to 4th century A.D.), with an emphasis on the little understood origin and role of Roman villas in Greece and the aim to understand Northwestern Greece’s role in a period of Roman proto-globalisation. After beginning this PhD project, it became evident that this research would require an additional expanded period of data collection, to bring together information on a vast data set of villas, farms and villages scattered across the physical landscape of Epirus and in its museums and archives. I am pursuing this data collection in Greece with the support of the Leverhulme Trust, and the continued backing of the AHRC.

As a proud member of Ertegun’s Alumni Community, I am more than happy to be contacted by Ertegun scholars or prospective applicants.