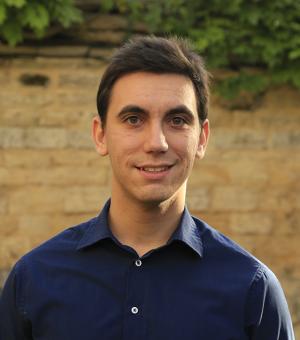 Classicist by training and linguist by adoption, I am a DPhil Candidate in Comparative Philology and General Linguistics. My field of study and research is broadly defined as ‘Indo-European Studies’, and I am currently writing a dissertation on the linguistic relationship between Ancient Greek and the Anatolian languages between the second and first millennia BCE.

Born and raised in Tuscany, I went to university in Pisa, where I read Classics as an undergraduate, and Classical Philology and Ancient History as a Master’s student. I have always had a broad interest in the ancient world, but while I was an undergraduate I found myself particularly interested in how languages “work” and in what we can reconstruct. This is the reason why I chose to take some options that few “pure” classicists choose in Italy: during my Bachelor’s degree, I learnt Vedic Sanskrit and wrote a dissertation on two of the main gods of the Indo-Europeans – Father Sky and Mother Earth – through a comparative study of the Sanskrit, Greek, and Latin evidence; in my 2-year Master’s degree, I took several optional and additional courses, both in general and historical linguistics, and in the ancient Indo-European branches and languages different from Greek and Latin (Indo-Iranian, Oscan and Umbrian, Celtic). Finally, I learnt Hittite and started researching on Greek and Anatolian linguistic contacts for my Master’s dissertation. This has been the base of, and finally evolved into, my actual doctoral thesis at Oxford.

In my time at Oxford, which has been possible thanks to the generosity of the Ertegun Scholarship in the Humanities, I have had the chance to expand my knowledge of Indo-European languages (in particular, Old Persian, Avestan, Tocharian, and some more Old Irish) and specifically Anatolian (Luwian and Lycian in particular), to present my research at international conferences (Nicosia, June 2017; Los Angeles, Nov. 2017; Limoges June 2018), to teach undergraduate classes in Greek and Latin at the Faculty of Classics and at St Hilda’s College, and to organise two conferences myself, one of which took place in January 2017 and the other took place as a joint event in Pisa in April 2018 and in Oxford in May 2018.

Aside from academia, I enjoy talking about politics, travelling, reading, cooking and playing the piano.