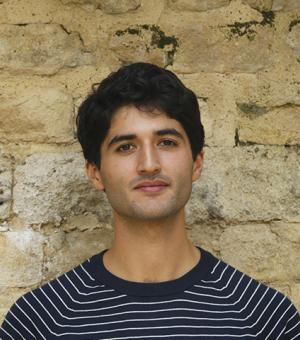 I studied comparative literature at Yale College, concentrating on Renaissance English and French as well as the Greek and Latin classics. I wrote my senior thesis on the philosophical and literary dynamics of the essay form as developed by Montaigne and imitated by English writers; this will be the nucleus of my work at Oxford. For my master’s I will write on the implications of the reception of ancient medicine and the development of modern science for the construction of literary, philosophical, and legal personhood in Montaigne and some of his contemporaries.

At Yale, I taught courses on poetry and philosophy for New Haven high school students, and tutored Latin and French. I also played chamber music and worked as a music director and vocal coach for the Opera Theater of Yale College; I will continue playing at Oxford. I also helped to found BRINK, a New York Review of Books-style publication for emerging writers and critics, for which I remain a contributing editor. From time to time I write reviews of books and art for various publications and plan to do more of this during the upcoming year.

Without the Ertegun Scholarship, I would not be at Oxford. I hope to live up to the honor and the privilege during my time at the Ertegun House, and to express my gratitude not only in my thanks, but also in my work.