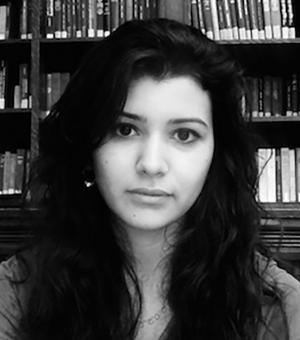 I graduated summa cum laude from Princeton University in 2014 with a BA in History; my secondary field was Arabic Language and Culture. My senior thesis, entitled "Mirror of the Celestial Spheres: Noël Duret, Ibrahim Efendi, and Early Ottoman Contact with Copernicus," was an examination of Ottoman attitudes towards heliocentrism, which is the planetary theory explaining that the planets revolve around the sun rather than the earth. My research focused mostly on an Ottoman manuscript dating from 1663 that was translated from French, and I argued that the timeline for Ottoman history of science ought to be pushed forward. I also suggested that there existed an active market of ideas between Europe and Istanbul, and that these worlds were not as separate as we might think.

My broader academic interests relate to the history of ideas and their transmission and exchange throughout Europe and the Ottoman Empire during the Early Modern period. I am fascinated especially by the ways ideas transformed and travelled between cultures, and the manner in which these ideas were received.

At Oxford, my research examined the efforts of the first Laudian Professor of Arabic: Edward Pococke. In 1630, Pococke travelled to Aleppo as a chaplain for the Levant Company and spent 6 years there mastering Arabic and gathering manuscripts and historical texts. When he eventually settled back in Oxford to teach, he published a monumental encyclopedia of the history of Arabs using sources which were then unavailable in Europe. My dissertation, entitled “Oriental Oxford: Edward Pococke’s Historical Methods in the Specimen Historiae Arabum of 1650,” studied the ways Pococke relied on the 13th century Syriac scholar Bar Hebraeus, and how Pococke presented the history of the Arabs to an English audience. I graduated in 2016 with Distinction.

I am now working on my PhD in History and Middle Eastern Studies at Harvard University. My dissertation topic concerns questions of time and temporality in the early modern period. Without the reliable, standardized measures that we ‘moderns’ rely on to organize our day, how did people in the early modern period experience and think about time? I focus especially on the links between the Italian city states and Istanbul in order to deepen our understanding of a shared Mediterranean temporal culture. I also question the assumption that Christian and Muslim communities might have experienced distinct modes of time organized around their respective religious institutions.