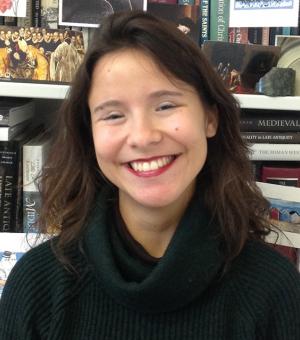 In 2015, I completed my BA in Archaeology with a minor in Asian Studies from Brigham Young University. I was a candidate for an MPhil in Classical Archaeology at Oxford University. As an undergraduate, I focused on Classical and East Asian languages, History, and Archaeology, and wrote an Honours thesis exploring the problematic determination of value in archaeological contexts.

I have carried out Archaeological field work in Belize, Greece, Croatia, Portugal, Jordan, and the United States. In Petra, I have worked as a Crew Chief in the Wadi Mataha Project, excavating middle- to upper-class tombs and their associated features. I also participated in the Ad-Deir Monumental Plateau Project (AMPP), where I developed a keen interest in International Development and the restoration and conservation of water systems. My academic interests also include long distance trade routes, maritime archaeology, and intercultural contacts and exchange.

At Oxford, I focused my research on Roman trade routes – including their nature and support system – along the southern Nabataean frontier of the Empire. My MPhil thesis was subsequently published as a monograph through Archaeopress.

When I am not carrying buckets of dirt or scuba diving in sunken ships, I enjoy frequenting museums, the theatre, and the wilderness. I am also a movie and audio book enthusiast.

After my wonderful Oxford experience, I worked as a freelance field archaeologist in Kazakhstan, Iraq, Egypt, and Jordan. After this one-year hiatus, I started a PhD programme at the Institute for the Study of the Ancient World at New York University, focusing on the Hellenistic East and long-distance trade across Eurasia.

I feel extremely thankful, humbled, and privileged to be part of the Ertegun Community. It is hard to imagine a better environment to foster the study of humanities than one filled with intelligent and hardworking people, in a space dedicated to the development of scholarship and character.