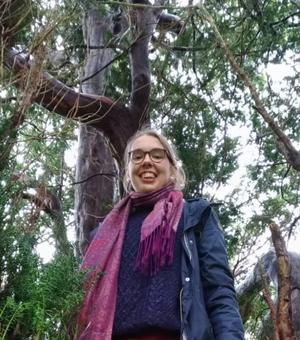 I completed my first degree in theology while minoring in philosophy at the University of Helsinki. During my undergraduate studies I spent six months in Madagascar as a voluntary worker. After finishing my undergraduate studies in 2018, I also acquired a pastoral degree and was subsequently ordained in 2019. In 2021 I graduated with an MPhil. in Modern Theology from Oxford.

I’m currently doing a D.Phil in Oxford at Campion Hall. My research focuses on the problems of evil and suffering from both theological and philosophical perspectives, particularly in the epistemic and moral problems surrounding theodical discourses. I’m especially interested in exploring the creative possibilities at the intersection of theological aesthetics and theologies of the cross in relation to the theodicy/anti-theodicy debate. In addition to these I’m also interested in the ethical aspects of the problems of evil and suffering, especially the relationship between ethical formation and suffering.

My other interests include poetry, the human condition, postmodernism, history of ideas, Taylor Swift, the present, seemingly (and perhaps actually) absurd beliefs, and institutions.