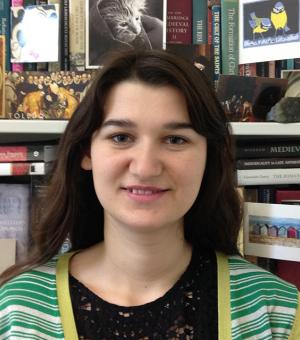 I graduated in 2015 with a BA in English Literature from John Cabot University, an American University in Rome, Italy. My area of focus is Romantic literature, and primarily, Romantic poetry.

During the course of the MSt at Oxford, I would like to look at the ways in which notions of politics, French Revolutionary ideas/ideals (and subsequent disappointment) inform and affect Romantic poetry. In particular, I would like to explore the relationship between aesthetic power and the politicization of beauty in Romantic poetry. I believe that, in the Romantic period, the philosophical underpinnings of beauty are poised to turn into a cognitive, moral, and political power-seeking mode. As an ideology, the Romantic conception of beauty cannot escape an implication with politics. Its articulation becomes a political act in that it endorses/includes one category and refuses/excludes another. It is an avenue where to voice political concerns, while asserting one’s independence of thought. Romantic beauty no longer depends on harmonious perfection, but becomes dissonant and fragmentary because reality is dissonant and fragmentary. The Romantics’ vision of beauty is nothing less than revolutionary – in both social and political terms, further feeding into ideas concerning the cult of the individual.

I am really grateful for the opportunity to engage in conversations and discussions with other scholars at the Ertegun House, as well as to benefit from wonderful facilities. Ertegun House provides a great source of intellectual stimulus and support.