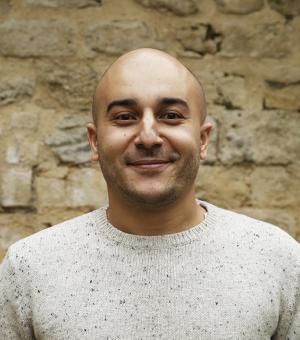 During my three years as an Ertegun scholar (2015-2018), I completed a DPhil in Modern Languages (French) and was a member of St Anne’s College. My PhD thesis explores the concepts of revolt and nostalgia in the works of three contemporary Moroccan Francophone writers (Mohammed Khaïr-Eddine, Abdelkebir Khatibi, and Abdellatif Laâbi) and makes a contribution to the study of North African writing and to the broad field of Francophone literature.

The three years spent at the Ertegun House were rewarding at all levels. I had the pleasure of exchanging ideas with brilliant international scholars working in disciplines as diverse as Philology, Archaeology, History, Music, Philosophy, Literature, and Art. Thanks to the Ertegun weekly seminars and various interdisciplinary workshops and conferences organized by Ertegun scholars, I enlarged my knowledge in a number of areas and made long-lasting friendships and professional relationships. The invaluable environment of the Ertegun House, notably the 24-hour access to the House and the personal desk provided by the programme, has greatly facilitated my research and helped me to complete my PhD in the best conditions.

During my time at the Ertegun House, I taught contemporary French and Francophone Literature and published several academic articles, book reviews, and creative pieces. I also presented my academic work at a series of international conferences in London, Paris, Lyon, Casablanca, and Los Angeles. Furthermore, I served as the Book Reviews Editor of the Bulletin of Francophone Postcolonial Studies and the Editor of the “Francophone Africa” section of the Year’s Work in Modern Language Studies. In 2017, I was extremely thrilled to have my first novel, Un Roman étranger, published in France, which gave me the opportunity to take part in a number of book fairs, including in Paris, Brussels, Geneva, and Tangiers. In 2018, I organized a two-day event in Oxford with Moroccan poet Abdellatif Laâbi. The event was supported by both the Ertegun House and the Maison Française d’Oxford, and included panels on language, politics, and translation in the Maghreb, as well as bilingual poetry readings in French and English.

Being a member of the Ertegun community is a huge privilege and a life-changing experience. Before joining the University of Oxford, I worked as an engineer and project manager in Paris and London. I hold an engineering degree from “Ecole des Mines d’Alès” engineering school (2008) as well as a BA in Modern Languages and an MA in Comparative Literature, both from Université Paris 3 – Sorbonne Nouvelle (2012 and 2014). The Mica and Ahmet Ertegun Graduate Scholarship provided me with an outstanding opportunity to pursue my professional conversion while contributing to a unique programme that emphasizes the role of Humanities in promoting human values, interdisciplinary knowledge, and transcultural exchange.

Starting from January 2019, I will be joining the University of Chicago as a Provost’s Postdoctoral Fellow in the Department of Romance Languages and Literatures. In Chicago, I will be teaching Francophone North African Literature and working on a new research project about the representations of identity and otherness in post-2011 literary production from the Maghreb. My broad research interests include contemporary French fiction and poetry, autobiographical writing, literary theory, and translation.

As an Ertegun alumnus, I would like to support the programme from my new position and help as much as I can the rapidly growing network of Ertegun alumni. I strongly believe that the values promoted by the Ertegun programme can be enhanced by exchanging information and sharing experiences between current scholars and alumni.

For more information on my research activities, please visit my academic webpage.