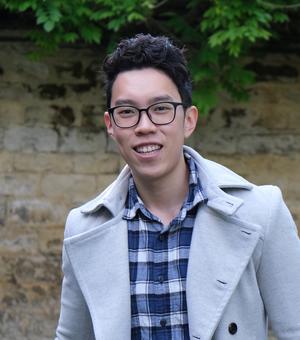 A field of particular interest to him is rhetoric, both in its inception in Greco-Roman antiquity as a form of declamatory speech-craft as well as how it is more commonly understood today—as an art of persuasion. Tapping on the inherently interdisciplinary nature of the subject, Kevin’s research intends to explore the intersections between rhetorical speech and larger structures of persuasion like law, myth, and morality—all of which could be said to rely on the persuasive force of some socialised truth. Accordingly, within the study of Classics, he finds abundant inspiration not only in declamation, but also in epic, mythology, didactic, legal history, and even love poetry.

Kevin has published several articles spanning his interdisciplinary interests: from classical reception in Dante, to parodic legalism in Austen, to hermeneutic theory in law and literature. Currently, he is working to publish his undergraduate thesis, which offers a novel reading of the Perseus myth in Ovid’s Metamorphoses informed by the understated intrusions of Roman law, forensic rhetoric, and Augustan legislation within the episode.

He is curious also about extending his rhetorical interests beyond the classical period and exploring the reception of mythology in contemporary video games. A lifelong gamer with a short stint in the world of competitive e-sports, he is fascinated by the emergence of critical game studies as a field of study and views mythology as a bridge between his interests in both the ancient and the modern. A goal of his is to therefore study the rhetorical impact of mythology in the construction of video game fantasy worldbuilding—and, perhaps more ambitiously, the social, cultural, pedagogical, and ethical influences it may have on a contemporary society that today consumes these digital narratives in unprecedented quantities.