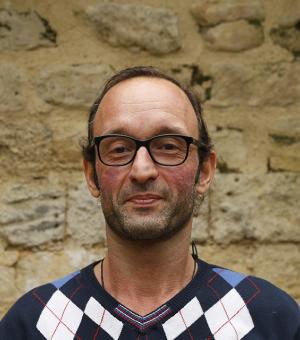 After I graduated with a BA degree in Classical Sinology from the University of Ankara, I visited Oxford in 2001, hoping to pursue a graduate degree here. However, I was awarded a research scholarship in 2002 to pursue my graduate studies in Taiwan; there I researched topics related to the Han dynasty period, and the history of the Western Region and Dun Huang.

Undergraduate and master’s level degrees in classical sinology from the University of Ankara gave me the necessary foundation to explore the history and art of ancient China and the East. However, I found myself circulating in the realms of ancient western civilizations in the following years. Gradually, I developed a deep enthusiasm and interest in classical archaeology and art while attending a graduate course on Settlements on the Roman Eastern Frontier, where we focused on settlements and temples displaying syncretism of the West and the East. During my time attending this lecture, I realized that understanding of any culture requires not one perspective but at least two: archaeological as well as historical.

And to accomplish this objective, I attended a wide variety of post graduate lectures at the Ancient History department and most significantly the Classical Archaeology department to establish a foundation. I took lectures in Latin at the University of Ankara and Aramaic at the University of Jerusalem, considering the future necessity of linguistic and epigraphic aspects. Since I am not a classical archaeology undergraduate major, I realized that not only would it be constructive to enhance my knowledge, but also to gain practical experience in classical archaeology as much as possible.

To enhance my practical experience in the field, I took part in the Zeugma Archaeological Excavation Project. During my time in Zeugma, I worked on the social context of Roman villas. Following my experience in Zeugma, I also took part in the Apolline Project in Naples, Italy to gain a more solid background on handling and drawing pottery artefacts. My experience in academia and in the field showed me it would be inspirational for my postgraduate research plans to pursue topics involving syncretism. Since the day I decided to pursue syncretism in my studies, my thoughts have been revolving around the diffusion of the West and the East in archaeology, art and history.

As an undergraduate and graduate my studies ranged across Chinese history, interaction in China’s Western Region, the nomadic tribes of Central Asia, the introduction of Buddhism to China, Greek sculpture and Greek settlements. However, I ultimately decided to settle on the side of the Hellenistic period, with a specific focus on the material culture of Greek mythology. During my MPhil I am determined to pursue and enhance my understanding regarding the influence of Greek civilization in eastern religion and art, whilst developing my approach to involve iconography and Buddhism.

My thesis will look at the diffusion of Greeks and non-Greeks, from Ionia to Bactria before and during the Hellenistic period to document the possible influence of the Greek pantheon in Buddhism. I am particularly interested in examining the cult of Apollo in Hellenistic kingdoms on a long axis from western Asia Minor to Bactria, then far into Asia, and seeing how Greek religion may have influenced the Buddhist pantheon.

I am deeply excited to be a part of an enthusiastic group of young scholars with interests in a diverse range of research fields, which can serve to expand my perception, understanding and vision of every aspect of the humanities; that is what I understand to be the core of the Ertegun community. Therefore, I am sincerely grateful for the vision and the opportunity which enable me to pursue my academic interests where I have always wanted to realize them: in Oxford