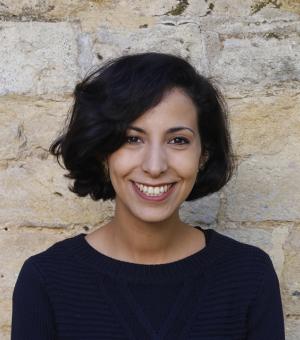 As I learned the alphabet, my parents — mathematics university professors in Morocco — gave me their students’ examination papers to classify in alphabetical order. I enjoyed selecting what I referred to as the “special ones”. Those were the papers on which students left apologetic notes scribbled in the margin. “Sorry for the quality of my French”, “I hope my French won’t affect your understanding of my answers” and “Apologies and thanks for your patience” are epitomes of such notes.

Over the years, the “special papers” grew more numerous until it made no sense to single them out anymore. What was an amusing game for me in the first place has opened my eyes to language politics in Morocco. Not one week passes without at least one newspaper article being published concerning the so-called disastrous Moroccan education system and its linguistic patchwork. A question tormented my high school years: what is the legitimating principle that should govern the choice of the language(s) of instruction?
My interest in the Maghreb’s language policies drove me to study the politics, history, and languages of the Middle East and North Africa. Hence, I completed a Bachelor’s degree cum laude in Social Sciences and Middle Eastern Studies and a Research Master’s degree cum laude in Political Theory at Sciences Po Paris. My DPhil examines the discourses surrounding language policies in Morocco. It specifically focuses on the circulation of discourses on the Arabisation policy, broadly defined as the replacement of French by Standard Arabic in schools, administrations, and courts after independence. The debates on language are a pertinent tool that allow us to understand the evolution of the idea of belonging in the post-colonial Maghreb. They comprise reflections on such questions as “who are we?”, “who do we want to become?”, “are identity and economic interests mutually exclusive?”, “how can we become truly decolonised?”, and “can the coloniser’s language cease someday to be colonial?”.

I am extremely grateful to the Ertegun Graduate Scholarship Programme that made my DPhil at the University of Oxford possible. In addition to the Programme’s generous financial support, studying in the Ertegun House’s formidably stimulating environment will undoubtedly contribute to my intellectual and personal development.