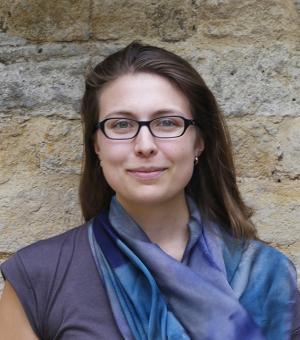 As an Ertegun Scholar I received an MSt with Distinction in Medieval Studies. My research focused on the rhetoric of Pope Innocent III (1198-1216) and the construction of religious ‘Others’ in his correspondence, building upon my work as an undergraduate at Pomona College (2012-2016) and as a Mellon post-baccalaureate student at University of California, Los Angeles (2016-2017).

Ertegun House became the foundation of my academic and intellectual life in Oxford, and gave me a community of dear, dear friends. Whereas other areas of my Oxford life featured students in competition with each other, in Ertegun House the students are supportive and genuinely interested in each other’s work. I learned as much from casual conversations over lunch in the Ertegun kitchen as I did in my coursework. Being a part of the Ertegun community pushed me intellectually and expanded my perspective—while diving deeper into questions of medieval religious difference for my dissertation, from the Ertegun community I learned more about contemporary theology, the language politics of the Maghreb, early modern French and German literature, and British participation in the slave trade, to name a few. Just as importantly, I learned from how my peers approach their work, and took this year to experiment with different ways of structuring my research.

I would not have been able to study at Oxford without the support of the Ertegun Scholarship. I am profoundly thankful for the generosity of Mica Ertegun, and her commitment to expanding access to the humanities.

I am excited to pursue non-academic opportunities before applying for further graduate study. I am just beginning to recognize how much the Ertegun Scholarship and the Ertegun community have benefited me in ways that extend beyond the academic context. What a gift this year has been!