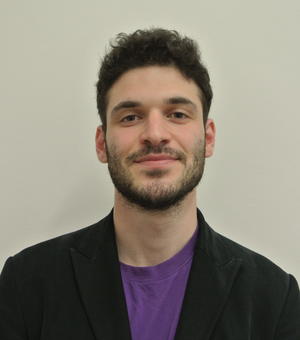 I graduated in 2019 with a Starred First from Cambridge with a degree in Modern and Medieval Languages. The focus of my degree was Slavonic studies, principally Russian, but with modules in Ukrainian and Old Russian. My main projects at Cambridge took the form of close readings of literary texts and films, including an analysis of the short stories of Anton Pavlovich Chekhov anchored in semiotic theory and a dissertation on the temporal poetics of three films by Andrei Arsenevich Tarkovsky. I am excited to see how my knowledge of Russia will feed into my exciting Chinese studies journey.

The third year of my degree, which I spent studying under outstanding linguists and teachers at Moscow State University, gave me a deep understanding and love for the Russian language, especially the beautiful colloquial register in all its rule-defiant glory. I participated in conferences in Moscow, co-authored articles in academic journals on the problems of the translation of poetry and Russian modal particles, and continue to work on Russian-language projects. Beyond my studies, my relationships with Russian friends and colleagues whom I met in Moscow gave me invaluable insights into the way in which Russians think about their language and culture. It was there, in Russia, that my curiosity about China materialised into a serious academic interest.

Spending my childhood in London made the sight of Chinese characters and the sounds of the language almost familiar in their indecipherability. And as my knowledge of Slavonic languages grew and gave me access to great works of art, I was overcome by a desire to understand Chinese and China in a similar way; to study the intricacies of its literature and film; to discover the irregularities of the language in its various registers and dialects. I am interested also in Sino-Russian contact points: Soviet presence in China (especially the city of Harbin), linguistic encounters, and changing relationships between the two countries.

I am extremely grateful to the Ertegun Scholarship for giving me the opportunity to begin my Chinese studies journey in Oxford and to join the Ertegun community. It is a privilege to be able to learn and be part of such a diverse and ambitious group of young scholars.