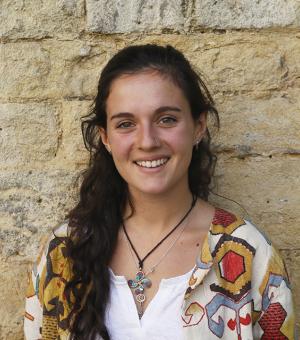 When I was twenty I went back to elementary school, sat in the back, stared at a new alphabet the grownups were writing. Years before, my own first grade classroom in Washington, D.C. had taught me English, a taboo on hitting people, and tadpole observation (all three of uncontested importance). I had returned to a classroom to understand what happens when a language is instead cast into the shadows of a society, and then, in an act of resistance to linguistic and cultural loss, fished back out.

The language in question was Moroccan Tamazight, and I was an undergraduate researcher tracing the recent Moroccan national policy of mandatory primary school Tamazight teaching down to the local level in the Middle Atlas Mountains. The report I produced alongside Tamazight language rights activists introduced me to the matrix of issues underlying and complicating revitalization efforts: linguistic denigration, historical economic disenfranchisement, recent and incomplete decolonization, land loss and climate change, urbanization, anti-­indigenous stigma, among others.

Back at Columbia University in New York to finish my degree in archaeology and linguistics, I turned to the practical skills that help linguists collaborate in such revitalization efforts and joined a research group in language documentation working with speakers of Northern Zazaki (a minority language of eastern Turkey). Simultaneously, my senior thesis in archaeology had me thinking about public access to cultural heritage knowledge generated in academia – I was building an online museum, following a request from residents of Columbia-­Barnard’s research site in New Mexico to share knowledge of the pre-­colonial archaeology of their watershed. I applied this interest to the younger public so critical to language revitalization and co-­produced a children’s book in Northern Zazaki that was given to the speaker community.

I am at Oxford, supported by the Ertegun Scholarship Programme with astronomical generosity, to train in descriptive linguistics so that I might effectively collaborate with communities seeking to revitalize their languages. I remain deeply interested in the role of books and other home-­ and school-­based educational resources for children, as well as the position of language revitalization in wider indigenous and minority rights movements.

Between Columbia and Oxford, I lived in Fontainebleau, France to work with bilingual children, teach French to asylum-­seekers, and practice bouldering. When I am not still attempting to scale vertical surfaces, I enjoy canoeing (origin: Arawak canaoua) and cooking on camp stoves.