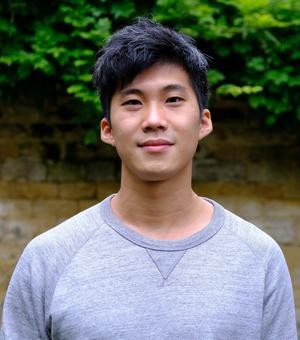 MSt in Greek and/or Roman History

Born and raised in Hong Kong, I undertook my undergraduate studies at Rutgers University in New Jersey, majoring in History, Classics, and Medieval Studies. There, I developed a range of historical and philological interests in Greek history and literature ranging from Archaic Greece to Palaiologan Byzantium. I became especially interested in population displacement, mass enslavement, and ethnic cleansing and genocide in the premodern Mediterranean, writing an honors thesis on the historical development and historiographical uses of the term ‘andrapodismos’in Archaic and Classical Greece.

I read for a MSt in Greek and/or Roman History as a member of Jesus College, spending my year in the dynamic environment of the Ertegun House and Oxford in exploration of topics and approaches largely unrelated to my prior work. I turned to patristics, Late Antique church history, and ecclesiastical historiography, writing a dissertation on a set of lists that record the names of bishops who had supposedly attended the First Council of Nicaea (325), under the supervision of Professor Nicholas Purcell. My various conversations with the archaeologists, historians, theologians, and religious scholars of the Ertegun House only enriched my own conceptions of the material and thus the work that came from it.

Following my time as an Ertegun Scholar, I am now a doctoral student in Ancient History in the Department of Classics at Stanford University, where I am continuing my thematic research in premodern ethnic cleansing and mass enslavement alongside my work in church history.

I am extremely grateful to Ahmet and Mica Ertegun as well as the Ertegun Scholarship Programme; without their generosity it would not have been possible for me to study at Oxford and engage with such brilliant colleagues of all disciplines.