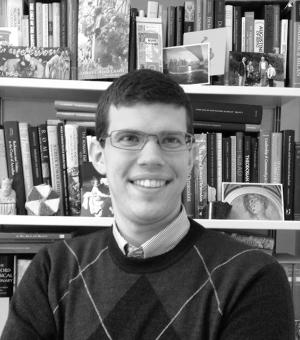 MPhil in Judaism & Christianity in the Graeco-Roman World

My research focuses on the intersection between book history and biblical literature in early Judaism and early Christianity. I work closely with papyrus and parchment manuscripts, attending particularly to the material culture of ancient texts and the methodological insights of the ‘new philology’. At Oxford I took the MPhil in Judaism and Christianity in the Graeco-Roman World, with a dissertation on ancient Jewish and Christian anthologies of biblical poetry.

I am grateful to Mica and Ahmet Ertegun for their generosity in funding my studies at Oxford. The Ertegun programme enabled me to study with top-notch faculty in my field. Oxford also provided a superb location for manuscript studies, both in the magnificent Bodleian collections and through the proximity of major manuscript libraries throughout Europe. Finally, the collegial and interdisciplinary environment of Ertegun House offered a rich academic community, equally rigorous and good-humoured, which I remember with gratitude.

I am currently undertaking a PhD in Theology at the University of Notre Dame (Indiana, USA), specialising in New Testament and Early Christianity. Following my doctoral work, I intend to teach at the university level. Through encounters with material artefacts and ancient languages, I seek to transform students’ understanding of biblical texts and the ancient contexts in which they were written and read.

When not engaged in academic work, I enjoy spending time with my wife Sarah, running, and reading German literature.