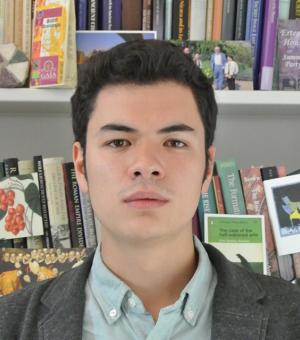 For the duration of my Ertegun scholarship, I examined social and educational uses of music, and the academic discipline of Musicology; more so than any given musical form.

Projects included a study of music and moral education in Meiji-era (late 19th century) Japan, ethnographic research into the present-day revival of Swing dance and early Jazz repertoires, and a historical study of the recent Practice-Based Research movement in musical performance, where I discussed some of the socioeconomic pressures on European and Anglophone musicians which have prompted their transition into academia and the re-framing of art as research.

Elsewhere, I considered how ethnomusicologists, or ethnographers of musical cultures, have selected their field-sites, showing that, in most cases, these were quite spontaneous decisions based on ‘serendipitous encounters’. Treating field-selection as an ethical decision, I drew on utilitarian moral philosophy and its recently attendant social movement of Effective Altruism (EA), in order to propose a more rationalised approach, where greater attention might be paid to the potential for humanitarian benefit through targeted selection and applied research.

This year, I am continuing my work in Oxford, while gratefully remaining part of the Ertegun community. Themes include cultural policy and the challenging view of EA with regard to state-sponsored arts and philanthropy, and the present convergence of meditation practice with music, as seen, for example, in Rolfe Hind’s ‘Mindfulness Opera’ Lost in Thought, which premiered in London, September 2015.

I am making a transition from musicology to anthropology, focusing on EA and Mindfulness as roughly contemporaneous social movements aimed at the reduction of suffering; to facilitate dialogue between them, and compare the ways in which they have adapted older systems of thought (utilitarianism and Buddhism respectively) in a process of popularisation which has opened them to similar criticisms and obstacles.

Previously, I completed a degree in Music at Royal Holloway, University of London, undertook postgraduate vocal training at the Guildhall School of Music and Drama, and have worked widely as a baritone singer and Jazz guitar player.