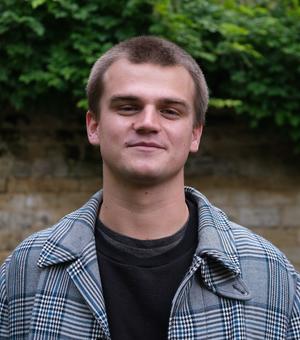 I graduated from Oxford (Mansfield College) in 2019 with a BA in Philosophy, Politics and Economics, and was awarded the Henry Wilde Prize in philosophy. I returned to Oxford in 2020 to study the BPhil in philosophy.

I began to specialize in philosophy during my undergraduate, and developed a particularly strong interest in the history of philosophy. During the BPhil I intend to study the early modern philosophers, as well as figures in the post-Kantian tradition. I’m especially interested in Heidegger’s thinking.

Alongside my interests in the historical works, during my undergraduate studies I found myself drawn to the ways in which the ideas I was studying related to conceptions of the self and how such conceptions might be taken up into the lives of people in transformative ways, at the individual level, but also in religious, moral, and political spheres. I hope to further explore the evolution of different conceptions of persons and personal identity, along with the ramifications that those views have for the theological, moral and political views of the philosophers.

Besides philosophy, I love the humanities generally, and enjoy exploring philosophy’s interaction with the neighbouring fields of theology, art and literature, history, and psychology.