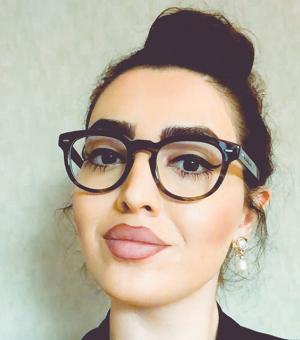 I first became interested in questions of nationalism and identity in the Turkish Republic and their connection to historical issues of identity in the Ottoman Empire during my Sabancı University undergraduate studies in Social and Political Science. I went on to pursue an MA in Middle Eastern Studies at the University of Chicago, where I focused on the Armenian community in the Ottoman Empire and studied Eastern and Western Armenian while continuing to study Ottoman Turkish. Following my studies in Chicago, I received an Ertegun Scholarship to read for an MSt in Syriac Studies at Oxford, where I took papers in the Literature and Culture of the Syriac Churches, Early Poetry, Historical Literature, and Hagiography. I acquired Syriac language skills and familiarized myself with the community overall, in order to be able to investigate the relations between the Ottoman-Armenians and the Ottoman-Syriac Christians as the latter was subsumed under the former within the Ottoman administrative structure. The tripartite dynamic among these two communities and the Ottoman state continues to be a topic I would like to explore in future research.

The generosity of the Ertegun Scholarship Programme goes beyond funding to include the intellectual and social community of the House, adding a great deal to the Oxford academic experience. It gave me the opportunity to interact with fellow students from a variety of other disciplines in the humanities through the weekly Ertegun Seminar and informally, helping me achieve a broader, more well-rounded perspective and a better grasp of the humanities overall. I have also gained a wide circle of friends and a strong sense of community in the process!

After finishing my MSt in Syriac Studies, I stayed on in Oxford for the DPhil in Oriental Studies, supported by the award of a Calouste Gulbenkian Foundation Armenian Studies Scholarship. My research focuses on Ottoman imperial identity construction across the 19th century. I am using the story of the Ottoman-Armenian Manas family to build an understanding of the relationship between the different groups and social structures comprising the Ottoman state, and how these were disrupted and reshaped in the 19th century. The Manases pursued dual careers in portrait painting and foreign service, and so they can serve as a useful window unto these issues.

Outside of my studies I enjoy calligraphy and gilding, as well as fencing (épée) and I have more recently taken up learning to play the harp.