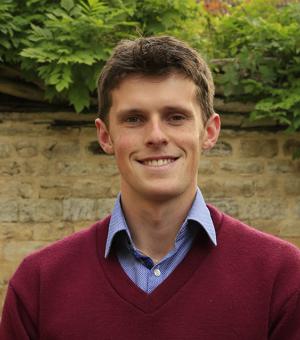 The Ertegun Scholarship Programme provided me with the opportunity to pursue an MSt in patristic theology, in which I focussed primarily on applying the insights of philosopher and literary scholar René Girard to the writings of the 2nd century Christian church. A particularly fruitful and largely unexpected side-project saw me publish a piece on the theological and anthropological aspects of the singing in early Christianity.

The intellectual melting-pot that is Ertegun House certainly provided me with ample stimulation to think, learn and write not only within the bounds of my own discipline, but to pair patristic theology with foreign and intriguing conversation partners.

After completing my MSt in 2017, I am currently working towards a doctorate in patristic theology here in Oxford. The interdisciplinary formation I received during my Ertegun experience has continued to shape my study, which interrogates the early 2nd century bishop of Antioch, Ignatius, through the use of 'collective memory' - a generative and sometimes provocative lens which has not yet received the same attention in the field of theology which it has enjoyed in those of history and sociology.

As is becoming clear throughout the growing body of Ertegun alumni, the advantage conferred upon one by Ertegun House does not end at graduation. For me, this is particularly true because, as I am continuing my study at Oxford, I have been given desk space at the House, and access to the exclusive facilities and seminars within it. It is terrific to see the new generation of Ertegun Scholars flourish in such an intellectually and socially fertile environment.

Since one never really stops being a member of Ertegun House, I'd be pleased to hear from current or prospective scholars, and to be part of the exciting, constantly-developing project that is the Ertegun Scholarship Programme.