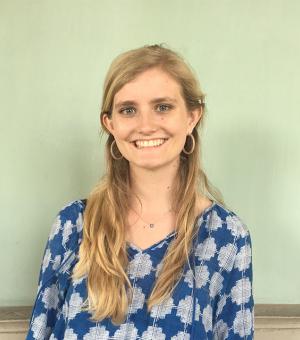 The opportunity to belong to a community whose express focus is the study and application of the humanities drew me to the Ertegun Graduate Scholarship at Oxford. Having been granted the enormous honor of joining the Ertegun community, I am grateful to have continued my studies of French and German literature in greater detail and within a comparative methodological framework.

During my MSt in Modern Languages course, I continued to explore the writings of early modern French and German women, particularly lay devotional texts. Whereas my undergraduate thesis focused on the deuterocanonical figure of Judith, my master’s dissertation revisited the figure of the ‘heroine’ in European women’s writing about the Ottoman Empire in order to trace the influence of the French heroic romance on the development of German-language literature. Oxford gave me the unique opportunity to work with some of the world’s foremost experts on early modern France and Germany, to benefit from the rich range of speakers and events going on at all times, and to work with the unparalleled resources of the university’s holdings in my research. For example, while an Ertegun Scholar, I was able to examine a manuscript hand-embroidered and written by a young Elizabeth Tudor.

I was also thrilled to continue my interest in the digital humanities as part of my course. As a participant in a course at the Taylor Institution Library, I was able to create a digital edition of a seventeenth-century mazarinade, or political pamphlet. I was also able to transcribe a letter that has been put online as part of Early Modern Letters Online (EMLO) student editions as part of a full-day workshop on text editing. This work familiarized me with digital scholarship and prepared me for my current role this summer as a junior fellow supporting digital work at the Library of Congress.

My time at Ertegun House—with other Ertegun scholars—not only helped me crystallize my own research interests, but also taught me the richness brought to the humanities through interdisciplinarity: because of the art historians in the house, I incorporated visual analysis into my dissertation; the theologian’s perspective reframed my approach to ‘devotional texts’ and the medievalist historian’s perspective launched me into crusade history as a frame for understanding European notions of the Ottoman. Beyond research, conversations around the Ertegun kitchen table ranged from a discussion of the phenomenology of that kitchen table to careers in academia to the literary value of Harry Potter. As a result, I grew immensely this year as a scholar, a thinker and, most importantly, as a person. I also felt supported in non-academic activities. For example, another scholar and I coincidentally both volunteered at the non-profit Jacari as English language tutors, an activity that took me outside of “Oxford as institution” and introduced me to “Oxford as place”—a crucial dialectic for anyone living and studying here.

This rich, multifaceted and complex ecosystem continues to support me as I take my next step working as a high-school English teacher in Washington, D.C. Ertegun House enlarged my knowledge, facilitated an exchange of ideas I’d never even had before, and extended my vision into practice—but the most important thing is that Ertegun House isn’t really a place for me: it’s a feeling, a way of life. Even as I’m leaving Oxford, I’m taking it with me –from St. Giles’ into my literature classroom.