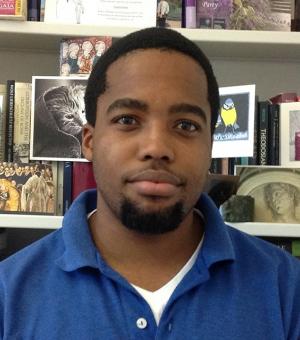 When I arrived at Oxford, I planned to conduct research on the different intersections between popular genres of electronic dance music (placing a focus on afro-deep house and kwaito) and musical minimalism. As such I sought to negotiate, through composition, the difficult relationship between kinds of music regarded as low, functional and or popular, and those esteemed to be both higher forms of artistic expression and superior in aesthetic value, such as classical, jazz, new experimental music etc.

Somehow, I managed to leave Oxford having also composed a series of pieces centered around the intersection between musical structures marked with repetition and stasis, and transcendental and/or religious experience. Needless to say, twists and turns are but part of the process both in musical composition as well as in academia. Even so, the often times turbulent evolution of my intended project provided a fair bit of excitement along the way to achieving the much sought after MPhil.

All of this is due largely to the opportunities afforded to me by the Ertegun Programme. In pride of place I must put the experience of being able to share a working space within Ertegun House with scholars from such diverse backgrounds, working in a wide array of fields within the humanities. My exposure to the world of philosophy and theology through fellow Ertegun mates and other students of the University led eventually to my exploring some of the ways in which silence could be written into a musical work and allow for a more meditative listening experience.

Since leaving Oxford, I’ve decided to take a break from academia so as to work as a freelance composer. At the same time, I’ve also taken up an opportunity to work as a religious education teacher at St Benedict’s Catholic School for Boys in Johannesburg.