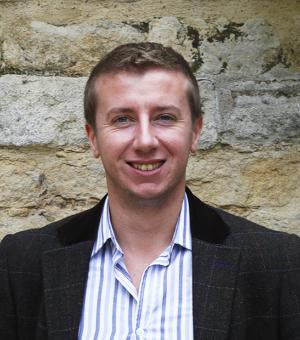 During my time away from Oxford I spent several months working for a development charity in Honduras, before travelling through Central and South America. I also spent five months working on various archaeological projects in Greece, and the material I encountered on these projects proved to be inspirational for my postgraduate research plans.

As an undergraduate my studies were typically varied, but ultimately I fell on the side of Hellenism, with a particular focus on the material culture of the Early Iron Age. This was reflected in my thesis, which examined dedications made at a sacred cave on Crete during the aforementioned period. During the MPhil I look forward to continuing to develop my understanding of the Early Iron Age Mediterranean, whilst also broadening my geographical and temporal scope somewhat to include Etruscan Italy. My thesis will examine the practical and symbolic role of horses in the Aegean between the 11th and 7th centuries BC.

In terms of archaeological fieldwork, I have chiefly worked at Lefkandi, an important Early Iron Age site on the Greek island of Evia. In addition to this I have excavated at the Classical city of Olynthos in Northern Greece, as well as in the Bay of Naples, where I excavated a 1st-2nd century AD Roman villa.

I am tremendously excited to be part of the vibrant group of young scholars which constitutes the Ertegun community; undoubtedly the variety of backgrounds and research interests of the scholars will serve to broaden and enhance my understanding of the humanities on a multitude of levels. I am also incredibly grateful for the generosity which led to the creation of the Ertegun Scholarship Programme, without which I would be unable to pursue my academic interests in the fantastic learning environment that is Oxford.