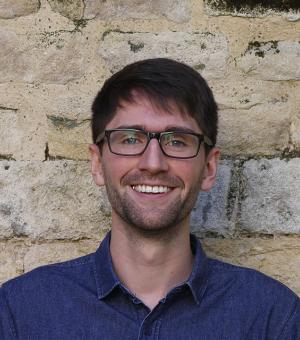 During my time in Oxford, I did some more exploring within my chosen stomping ground of German-speaking culture from the 20th century to the present. I had the great pleasure and privilege of working closely with Prof. Carolin Duttlinger, as well as sharing Ertegun House with Karolina Watroba, who is, for my money, the Germanist to watch out for in years to come! Conversations with these two key figures shaped the direction of my thought every bit as much as the more established theorists I encountered on the MSt, foremost among them Walter Benjamin. One intellectual highlight was a term paper on the relationship between geographical centre and periphery in Austro-Hungarian modernism, as represented by Kafka and Joseph Roth. Kafka's use of a projected China to this end eventually led me to focus, in my Master's dissertation, on a much more recent wave of German-speaking novels set in Japan, and to consider the significance of this setting and its representation for contemporary German self-conception. Having completed this project, I graduated with distinction in July 2018.

There was Oxford, and then there was Ertegun House: a university in miniature, an intellectual microcosm, a world unto itself. My horizons were truly broadened, my intellectual life lastingly enriched, by meeting such outstanding scholars from all over the world – but perhaps even more so by getting to know the thoughtful, kind and generous people behind the academic CVs. Reading the profiles on websites like this one can result in a kind of academic Instagram effect, where the daily lives and careers of others seem impossibly smooth and bright at all times; Oxford, too, is a place where people tend to present themselves in this way, although it only takes a glance at, say, the 'Oxfess' Facebook page to see what lurks beneath the surface. As somebody who struggles a good deal with their mental health, I drew the most hope, solace and inspiration from witnessing first-hand, in the close quarters of Ertegun House, how fellow scholars coped with and overcame their own challenges, obstacles and setbacks.

In September 2018, I began a PhD in Germanic Studies at my alma mater, Trinity College Dublin. My proposed project, funded by the Irish Research Council, will compare texts by the Swiss and Austrian writers Christian Kracht and Christoph Ransmayr through the lens of 'speculative realism'. While it's great to be back in "dear, dirty Dublin", I do miss the company of my Ertegun compatriots, and eagerly await my first visit back to the House!