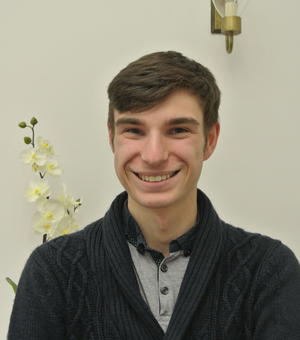 MPhil in Greek and/or Roman History

I first came to Oxford in 2016, beginning my BA in Ancient and Modern History at Magdalen College and graduating in 2019 with a Gibbs Prize. From the start, Roman history was my focus and through my paper choices I managed to cover the whole chronological range from the First Punic War to the Emperor Hadrian. In 2017 I was awarded the Laidlaw Scholarship which funded, not only a trip to Rome where I was able to see for the first time the real topographical significance of the Forum and other important Roman sites, but a summer of research at Oxford where I explored the political culture of early 2nd century BC Rome from the perspective of the individual senator: how individuals went about negotiating the intense political life of Rome.

My specific focus lies in the realm of Roman politics, both domestic and international, and the way in which Roman cultural values shaped the way the Romans understood and approached these settings. My undergraduate thesis tried to problematise the causes of Roman imperialism and suggest a new interpretation based on Roman (and indeed ancient Mediterranean) culture in response to the recent Realist-inspired interpretations. I aim to expand this work with my MPhil thesis and realise the fuller implications of such a reconceptualisation of Republican imperialism, including on language usage, geographical significance, and chronological development. I look forward to developing my insights into Roman History and acquiring the necessary understanding of Latin and Greek to get as close as possible to the original material. If all goes well, it is also my desire to take advantage of courses in modern academic languages, particularly German, to access scholarship beyond the anglophone literature.

During my third year, and as part of this research, I began reading more widely into modern International Relations Theory as well as Sociology and Anthropology. Hence, I am excited about being a part of such a fantastic interdisciplinary community like Ertegun. The ability to share knowledge with such talented individuals is a fantastic opportunity; I am deeply privileged to be able to be a part of the Ertegun Scholarship Programme which does so much to support its scholars.

Finally, having lived and attended state schools in North Wales, one of the worst regions in the UK for Oxbridge admissions, and participated in outreach and access events both at Oxford and in North Wales, I hope to further develop my work in this area and develop new ways to have gifted students successfully apply to Oxford and Cambridge.