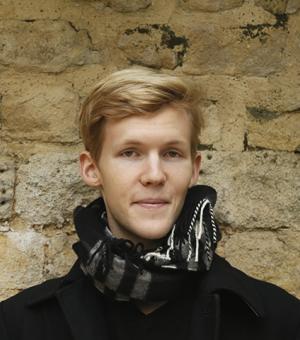 My path to Oxford began with an A.B. in Comparative Literature at Harvard College, where I imbibed heavy doses of literary theory and wrote my senior thesis on intertextuality and time consciousness in the novels of Marcel Proust and Milorad Pavić. I then spent two years in Paris in a Theory of Literature master’s program co-hosted by the École Normale Supérieure, Paris-Sorbonne, and École des Hautes Études en Sciences Sociales. In my first-year thesis, I delved into the phenomenological and philological criticisms of Georges Poulet and Erich Auerbach. In my second, I turned to the construction of national identity in Honoré de Balzac’s La Comédie humaine. The more I immersed myself in the national French canon, however, the more I became interested in how that canon was being read across the Channel.

That realization, coupled with today’s specter of resurgent political nationalism, led me to Oxford’s MSt in English, and to a new object of study: nineteenth-century literary xenophilia. Take a case like Algernon Swinburne, a Victorian writer who adapted the French rondeau to English prosody, wrote pastiches posing as a Parisian, and whose early prose interwove the libertine thematics of the Marquis de Sade with the realist codes of Balzac. My dissertation this year turns to the British-American Henry James, tracking his ever-shifting pronouncements on French writers and the moments of discrepancy that emerge between that criticism and his own fictional practice. By unpacking these patterns of xenophilia, I hope to challenge the notion that national culture flourishes in isolation. I am immensely grateful for the support of the Ertegun Scholarship in the Humanities for supporting that project—and for the remarkable Ertegun community.

Beyond my academic work, I’ve served as an executive member for The Harvard Club of France and have written for The Harvard Advocate and Crimson, The Huffington Post, and the LA Review of Books. In my spare time, I’m a culinary, travel, and exercise enthusiast. Once a competitive swimmer and waterpolo player, I remain in perpetual search of a novel workout, from cycling to long-distance running, to bikram yoga. I strongly believe that a text’s most gnarled hermeneutic knot unravels with a rush of endorphins.