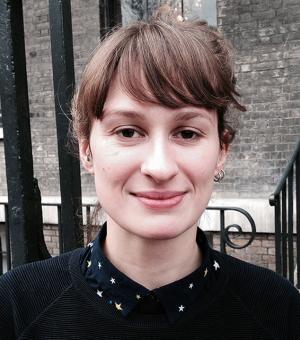 I am currently completing a DPhil in Music at Wadham College Oxford, working under the supervision of Professor Georgina Born. Previously, I obtained an MA in Popular Music and Culture from Oxford Brookes University funded by an AHRC award, a BMus from King’s College London, and a foundation diploma in Art & Design from Camberwell College of Arts.

My DPhil thesis is an ethnography of evolving musical and sonic publics in London UK, with a particular focus on questions of affect, access, and socio-political transformation. It is motivated by a desire to question the urban social and political possibilities afforded by convergences of music, sound and space. Working across four field sites—sound art, classical and ‘new’ music, electronic dance music, and dub reggae—I trace different kinds of ‘sonic socialities’ currently emerging in and across London, exploring the extent to which normative social and spatial stratifications are re-configured or reproduced by music/sound.

I have taught tutorials at numerous Oxford colleges in topics such as the psychology of music and the socio-cultural study of music. Other research and creative interests include dancing and dance cultures, ethnographic film, video art, music and politics, affect and the body, anthropology, architecture and urban life. I am an affiliate graduate student of the ERC-funded programme ‘Music, Digitization, Mediation’ at Oxford University, and an external affiliate of the collaborative research group ‘Recomposing the City’ at Queen’s University Belfast. I am also a member of the Lucky Cloud Sound System, and occasionally DJ and co-run club nights in London.

During my time as an Ertegun scholar, I was granted exceptional opportunities. I co-organised (with Georgina Born) an international conference, Music, Sound and Space: Transformations of Public and Private Experience (March 2013), and co-curated a three-day digital music festival at Modern Art Oxford with a fellow Ertegun scholar (May 2013). Organising events of this scale was a phenomenal experience, and, together with the unmatchable community spirit and workspace afforded by Ertegun House, and the full funding of my studies, a truly remarkable and life changing privilege. I express my deepest gratitude to Mica and Ahmet Ertegun.