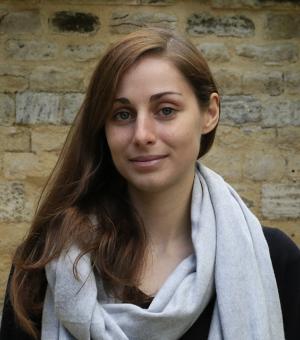 After completing my undergraduate degree in Archaeology at the University of Leipzig in 2013 with a thesis on the transformations of the Greek cults of Poseidonia after the Roman conquest, I earned an MA in Classical Archaeology from the Freie Universität in Berlin in 2016 with a thesis on Hellenistic wall decorations in Asia Minor. I presented the results in September 2016 on the International AIPMA conference on antique wall painting. Throughout my studies, I have focused on a wide range of topics, though with a particular emphasis on the urbanism and architecture of cities in Antiquity, especially in Asia Minor during the Hellenistic period. My interest in the region and period grew out of my involvement with the German Archaeological Institute’s excavations at Pergamon (Bergama – Turkey) beginning in summer 2012. In addition to my participation in the Pergamon excavation, I worked on a project in the Stabian Baths of Pompeii under the leadership of Professor Monika Trümper, Dr. Domenico Esposito (FU Berlin) and Professor Mark Robinson (University of Oxford).

During my year as an Ertegun scholar, I completed a MSt in Classical Archaeology. I focused on the interpretation of visual culture in Hellenistic and Roman times as well as on Late Antique Art and Archaeology. I also had the privilege of being part of the NYU-Oxford excavation at Aphrodisias, Turkey, where I excavated and explored a late antique street of the ancient city under the supervision of Dr. Ine Jacobs.

My Oxford master’s thesis, supervised by Professor Bert Smith, looked at intramural burials in the cities of Asia Minor in the late Hellenistic and early imperial period.

After finishing my MSt in Oxford, I started my PhD at Freie Universität in Berlin, where I was accepted with full funding at the Berlin Graduate School of Ancient Studies. My doctoral research, which is supervised by Professor Monika Trümper, is focused on the urban landscapes of Western Asia Minor during the late Hellenistic period (ca. end of the 2nd century BC to the end of the 1st century BC). I am investigating the development of cities within the former Hellenistic kingdom of the Attalids during its transition to a Roman province until the Augustan age. My aim is to study the transformation of these poleis independently of the traditional historical narrative of stagnation and decline, and to contribute to the understanding of the changing political and social dynamics in the East during this period from an archaeological perspective.

Having the opportunity to be an Ertegun Scholar was not only a great honour and privilege to me, but it also gave me the possibility to exchange ideas and spirited debate about our academic work in a beautiful environment. Meeting people from all over the world with incredibly different backgrounds, studying different subjects within the Humanities was particularly inspiring. I am incredibly grateful to Mica Ertegun for this opportunity, and would like to thank everyone at the Ertegun House for the welcoming and stimulating atmosphere.