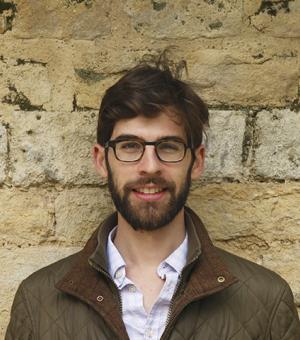 As a student of history, I am trying to understand how Germany and the United States conceptualized the future of poverty and labour markets in the postwar period. In particular, I am interested in the development of basic income proposals and the fear of technological unemployment in the 1960s and 1970s. My previous academic work has focused on Germany, but ranged widely from seventeenth century intellectual history to the study of spy culture in the GDR. Despite the breadth of my interests, I am consistently fascinated by the way ideas are transmitted and interpreted across ideological, geographic, and cultural borders.

Before beginning my doctorate, I received an MPhil from Oxford and an AB from Harvard, both in history. I have also spent several enjoyable summers at the FU Berlin and the Universität Tübingen where I studied German history and literature. At Oxford, I am supervised by Paul Betts and have benefited from the generosity of Ertegun, Clarendon, and Michael von Clemm Scholarships.

In addition to my research, I write for Basic Income News, teach at the Great Books Summer Program, and until last spring, I served as president of the Corpus Christi MCR. Had I more spare time, I would probably spend it playing chess, flying birds of prey, and learning about bonsai.