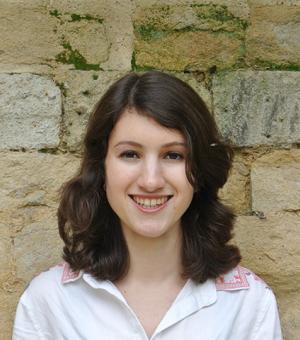 As an undergraduate at Northwestern University, I pursued a diverse range of disciplines. Beyond my major in Religious Studies, I completed minors in English Literature, Biological Anthropology, and Music. Over the course of my studies, I found that these seemingly disparate areas of study spoke to one another in intriguing ways. I became interested in the interactions between religion, medicine, and the human body as they play out in literary texts.

For my undergraduate thesis, I explored the relationship between the living and the dead in the Babylonian Talmud. The Talmud is a central late ancient Jewish text which gathers the legal, narrative, and interpretive discussions of generations of rabbinic scholars. I analyzed stories and statements about the lives of the dead in their graves—in other words, how the dead experience their own deaths, and even their processes of decay. When the living encounter the dead in the Talmud, there is never a dull moment—insults are hurled, money and cosmetics are traded—and it becomes clear that, in the imaginations of late ancient rabbis, the societies of the living and the dead can never fully let one another go.

This year at Oxford I’ve transitioned from late antiquity to the Middle Ages. The native interdisciplinarity of Medieval Studies excites me. I am drawn to the literary possibilities of medieval texts in which the body is a focus of overlapping religious and medical meaning—indeed, in which there is little clear division between modern categories like “religion” and “science.”

In addition to my studies, I am thrilled to have the chance to experience Oxford’s choral music tradition. I began studying voice in high school, but really found my musical home within the choral ensembles at Northwestern’s Bienen School of Music. This year I hope to continue growing as a musician in Oxford’s choirs.

Above all, I am so grateful to the Ertegun family for this extraordinary opportunity to spend a year in this very special place, which would have been impossible without their generosity.