A visit by the Ertegun Scholars to Les Misérables 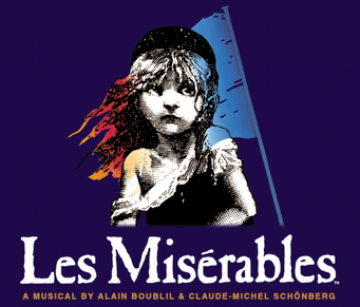 On May 7th, an Ertegun group went to London to watch Les Misérables (“Les Mis”, in the English-speaking world), the world-famous musical based on the 1862 novel by Victor Hugo.

Les Misérables is the longest running musical in the world at present: the show opened at the Barbican Theatre on 8 October 1985 and has been a repeated success since then, translated into more than 20 languages and adapted into a Hollywood movie in 2012. Songs such as I Dreamed a Dream, Do you hear the People Sing?, Stars, On My Own, and many others have become standards in today’s pop culture.

I had already watched the theatre show twice in the past, but in this version there was something more. Perhaps it was the scenography, which included enormous barricades that were assembled and dismantled in a 15-seconds time span, and a revolving stage that reminded me so much of classical Greek theatre (yes, a similar mechanism – called Ekkyklēma – was used in Athens in the 5th century BCE!); perhaps it was the beautiful singing of all the characters, from the very protagonists to the children; or perhaps it was the “Master of the House” and his wife (the Thénardiers of the novel), the brilliant comic duo that – every once in a while – gave the spectator some sort of relief from the tension that accumulated throughout the play. Despite some noisy neighbours who strove to complement the performances of the actors (but, we know it, these things may happen in very popular shows), the musical has been appreciated by the vast majority of our group, both first-timers and habituées. A standing ovation during the curtain call ended what has been a very pleasant soirée. All in all, it is definitely a show to be watched One Day More!