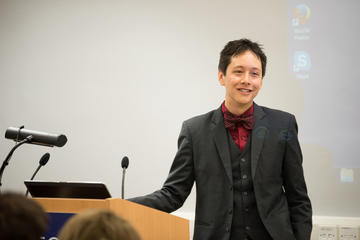 After finishing my DPhil, I took up a two-year postdoctoral fellowship at the University of Cambridge as part of an international project on Science-Engaged Theology. However, one year later, at the beginning of this academic year, I took up a permanent teaching post. I am now teaching at Ripon College Cuddeson, an Anglican clergy training college just outside of Oxford. Though not formally part of the university, Ripon College Cuddesdon has historic ties with the University of Oxford: it matriculates some of its students through university and many of the teaching staff are associate members of the university’s faculty of Theology and Religion.

Cutting the postdoc short was a difficult decision; it meant foregoing a hard-won extra year devoted almost entirely to research. However, the promise of a permanent post was too great to turn down. It nicely coincided with a summer of changes, as I married over the summer. It’s also delightful to be back in ‘greater Oxford’ and to occasionally reconnect with a new generation of Ertegun scholars.