Taming of the Shrew

On 5 February, we few, we happy few, we band of brothers (whoops, wrong play, and decidedly not St. Crispin's Day…) headed to London for delicious pre-theatre Turkish mezze at Tas Pide restaurant. From there, we skipped just down the road to the Sam Wanamaker Playhouse, nestled within The Globe complex, to see The Taming of the Shrew. The playhouse itself, a gorgeous reproduction of a Jacobean indoor theatre, was a little too authentic for my body. The authenticity of the architecture made for an uncomfortable three hours, although the soft candlelight and proximity to the stage more than compensated for aching joints.

Still, the performance rankled with some, not because of the acting or live musical accompaniment (which were excellent) or odd flesh-coloured bodycon costumes (not so much), but because of very real discomfort in the lines of the play. There was slapstick comedy, there was ribaldry, there was grim, grim misogyny and deeply entrenched patriarchal society. No attempt was made to obscure this simple fact: the female characters had no agency. They could not choose their own clothing, or textbooks, let alone their spouses.

Katharina (Kate) and Bianca, the most eligible heiresses of Padua, are sisters. Educated young women, they are blessed with wealth, but limited prospects for independent action, for any measure of autonomy over their own lives. Their respective suitors vary in kind and degree. All the men of not-yet-united Italy seem to crave Bianca's favour, while Kate (whose prior marriage is the precondition for Bianca's own betrothal) attracts only a sullen, cynical, money-grubbing Petruchio. Throughout the play, we witness Petruchio's incessant gaslighting of Kate, his cowing of this vivacious young woman, and his making a sport of it with the lads. By the end, he has her spirit in a vice. Aesthetically, culturally, politically, all of it jarred.
This play was billed as 'question[ing] the essence of Man and Woman, the feminine and the masculine, and searches for answers in the realm of the wondrous.' In truth, it left many Ertegun scholars cold, disappointed by the failure of this self-professedly experimental adaptation to question anything at all. Make no mistake: the acting was superb, the physical commitment to each role was impressive. But too little was done to really play with the complexities and awkwardness of historical and contemporary gender roles.

At the end of Act V, after Kate's devastating, self- and gyno-debasing monologue, all we wanted was for her to respond to her husband's demand—'Why, there's a wench! Come on, and kiss me, Kate'—with a hearty slap. His errant youth aside, I don't remember ever wanting to slap Henry V.
Massive thanks to the Ertegun Scholarship Programme for enabling us to see this powerful, challenging play in one of the world's finest theatres. It continues to generate a great deal of discussion and debate over literature, reception, adaptation, and gender. A hearty thanks, also, to Ed Herzig for joining us. 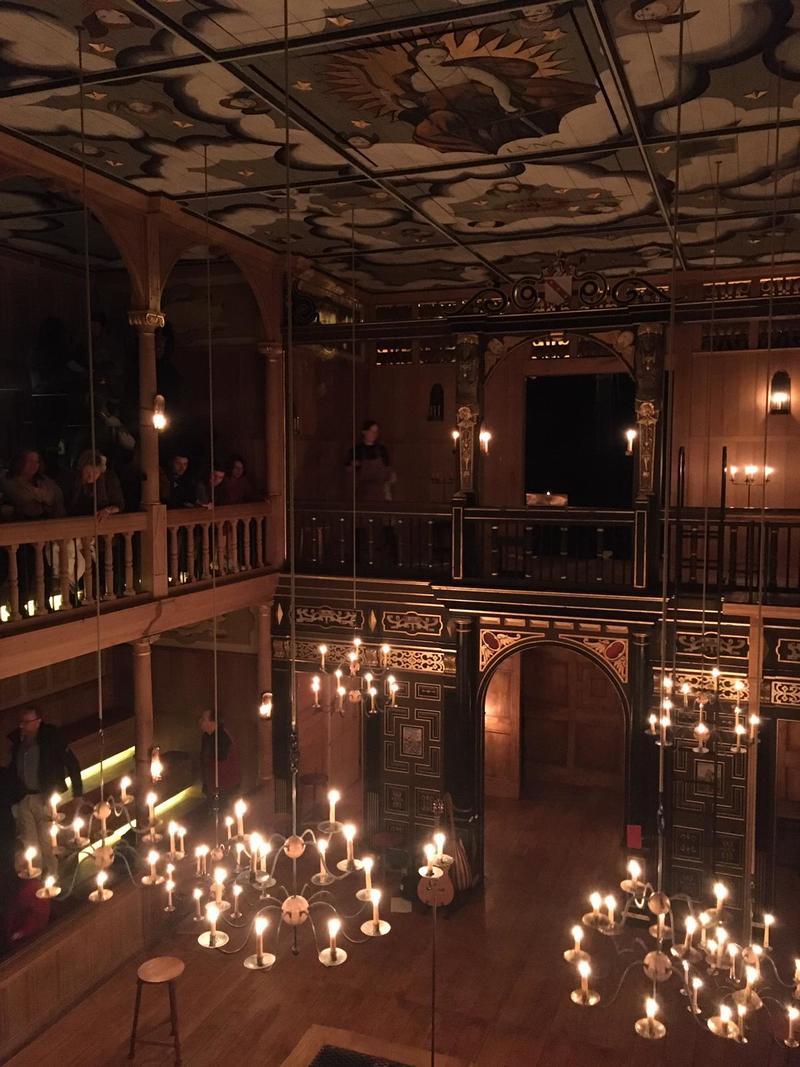